How Much Do ADT Batteries Cost

Nowadays ADT devices are rarely hardwired, that’s because it’s costly and time-consuming to wire all the sensors, or other devices throughout the house or the business.

They’re not even plugged into anything because most ADT devices run on batteries. While these batteries last up to a couple of years, you’ll eventually need to replace them.

How much does it cost to replace the batteries on various ADT devices? Do you need to buy from ADT only or you can buy them in stores such as on Amazon? Which ADT batteries can you buy at retailers? 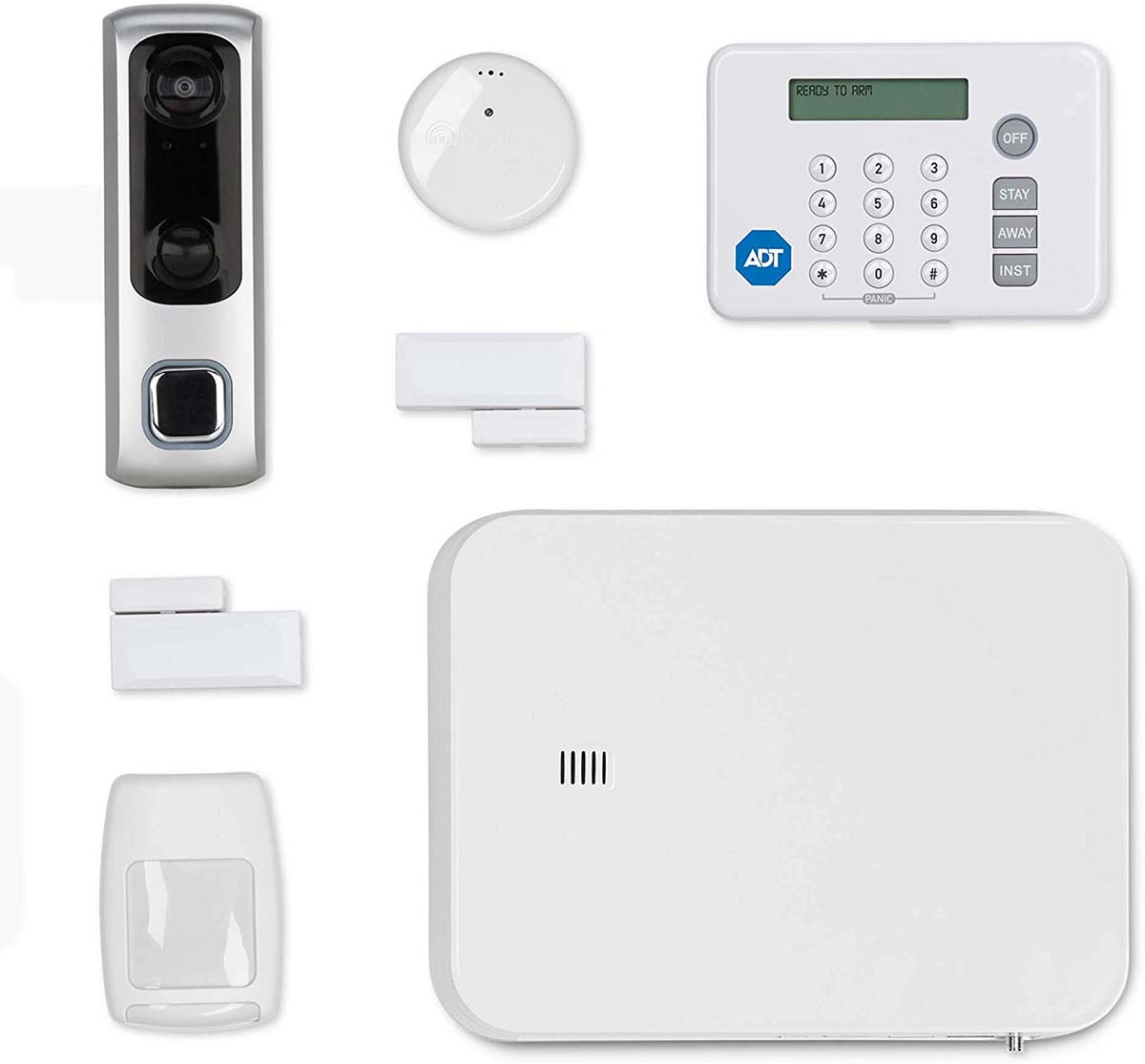 The cost for ADT batteries is almost the same, although it depends on the device and model. For example, the backup battery used in the central station is a 12V 7A Lead Acid Battery and costs around $20. That’s not bad, right?

All ADT batteries located in control panels, all types of sensors, smoke detectors, backup units, or even cameras are nonexclusive to ADT and you can purchase from other third-party sellers.

You need to make sure you got the right battery model and specs. Stores such as Amazon or other online retailers carry any battery mode that your ADT system may need. And, at good prices.

An ADT security system contains various battery types that are not equal in their technical parameters (power, voltage) and price.

If you’re looking to replace a battery from an ADT device regardless of what device is that, you need to order a replacement with the same specs (or model number). Below is the table with the most common batteries used in ADT systems.

If you’re not sure what battery you need to get, we’d suggest you google the model of the old battery. Remove the old battery from the device, inspect it carefully and write down any model you see on it. Sometimes you should see the voltage and the amperage as well.

Using that information, you can google the exact model and find the specs online. Then you may order the same battery type on Amazon or other online stores. You can even enter the exact old model on the Amazon search bar and see what comes up.

How long do ADT batteries last?

The lifespan of the batteries depends on the type of devices you’re using. Most of them last for a few years down the road.

For example, the ADT panel battery is used as a backup if there’s a power outage and it will keep the unit running. This battery lasts 3-5 years and you’ll get an alert when it’s about to expire (less than 10%).

On the other hand, sensor batteries also last around 3-5 years in some models, and 2 years on some versions. Still, the lifespan is not considered short.

The rechargeable batteries used in outdoor cameras and video doorbells are not meant to be replaced but recharged.

However, over time they may get consumed and you need to replace them with new ones after 5 years. But nothing is infallible, and it would be safe to assume that the 3-5 year lifespan applies here as well.

Additionally, under most ADT plans, you can get a free replacement battery once a year at no extra charge. Maybe your plan includes it, so take a look at the contract.

What happens when the battery dies, will the ADT alarm go off?

First of all, before the battery expires you’ll get plenty of alerts letting you know that the battery needs to be replaced. You’ll get notifications via the alarm panel, app, and other beeping signals. For example, some panels will beep if the battery is about to expire.

You have plenty of time to replace them and you should do so as soon as possible. Otherwise, your security will be compromised.

Not only will the alarm go off, but the central station will be notified and the police may show up. False alarms are punishable offenses and can go up to a few hundred dollars depending on the jurisdiction.

Usually, the ADT is fined and then they’ll pass it to you on your monthly bill. It’s not worth it because you’ll divert valuable police resources to respond to a dead battery issue. And moreover, you’ll need to pay the fines and then still pay for a replacement battery.

If you hear the beeping or other alerts from your panel or apps, follow up as quickly as possible and have the batteries replaced.

Actually, you should always check your system status: maintain the units, replace or recharge the batteries and fix other errors that may show on the panel.

The cost of replacing ADT batteries is negligible and you have many options where to buy them. You can purchase them directly from ADT, from their resellers, or via third-party stores such as Amazon.

The best approach is to google the model of the expired battery and order the same mode online. Or you can find the spec sheet and get another battery brand with the same specs. The possibilities are endless because such batteries are manufactured and sold by various retailers.

If you’re not sure what batteries, then you may email or call up the ADT support team and they’ll tell you exactly what battery you need to purchase.

The good news is that most of these batteries last 3-5 years and that is not a short lifespan. Moreover, the camera’s batteries are rechargeable and all you have to do is recharge them. Overall, we’d suggest properly and continually maintaining your system to ensure that it’s always in working condition.

What Happens to ADT Alarm When the Power Goes Out

How Long Are ADT Videos Saved?