Picking up a spy hidden camera is not easy, especially when taking into consideration that there are a ton of brands and models to choose from. To make things easier, we created a quick and easy guide to help you choose the best spy and hidden cameras for your needs in 2021.

While regular CCTV cameras are a great deterrent for the outside of your home, you may need spy hidden cameras inside your home to capture the identities of intruders should the worst happen.

Strategically, installing hidden cameras outside your home to cover the visible security cameras is also a great idea in case intruders try to attack the regular outdoor CCTV cameras. Note that these spy and hidden camera recommendations are not for illegal or unethical purposes.

These spy/hidden cameras can be used in many scenarios and situations and offer a bunch of useful features such as a built-in microphone (audio), motion detection, and night vision. They can be used as nanny spy cameras as well.

Buy on Amazon
The Daretang MM-01 is a 1080p digital video camera hidden inside a functional desk clock. It tells the time in blue font and does a very good job of looking like an ordinary desk clock. Very close inspection can reveal the lens located to the left of the display, but you can tell only if you know where to look (and you have to look carefully too).

This spy/hidden camera has a ton of useful features. Supports a microSD card and it can record videos onto it. If the card gets full, it will overwrite the oldest clips (loops the recordings). Videos can either be recorded 24/7 or whenever the camera detects motion. The motion detection is software-based (no PIR).

Night vision is standard with built-in LEDs. It also has a very sensitive microphone which you can disable using the mobile app. And yes, the camera comes with a mobile app.

You can connect to this camera anytime and live-stream or access recorded clips. Two mobile apps are supported – P2PLiveCam and iMiniCam. The app can also send push notifications in real-time using P2P. 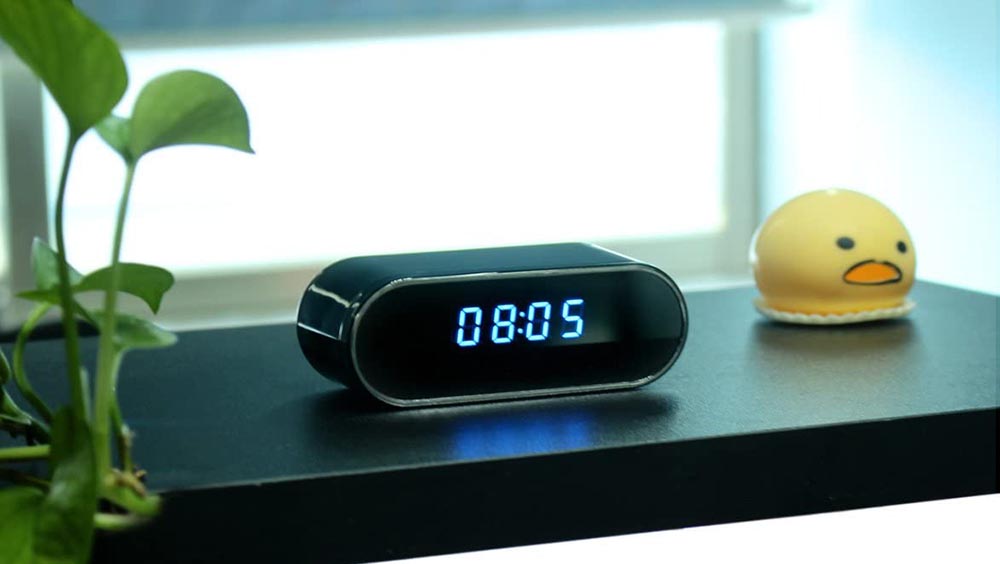 Power is provided through a standard 5V USB port, but there is a generously sized 2000 mAh battery that can provide backup power for up to 6 hours. We suggest keeping it plugged in as much as possible, no one will suspect anything since this is supposed to be a powered clock.

The down-sides of this camera? There is no RTSP or ONVIF support, so you won’t be able to connect it to an NVR, Blue Iris, Synology or QNAP NAS Surveillance Station, or any other camera management software. However, for its price, this hidden camera is a catch. 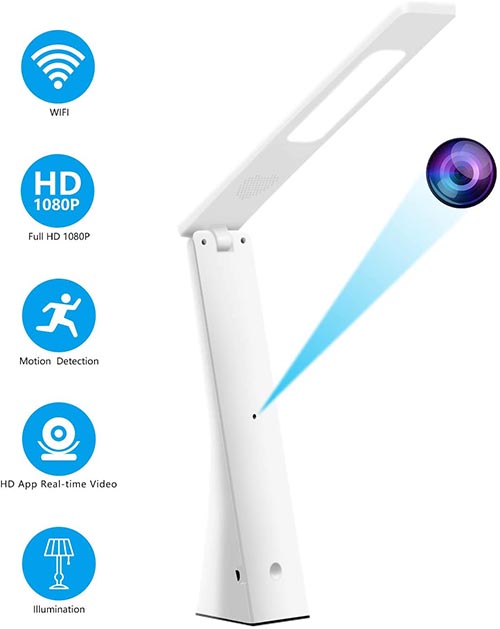 Buy on Amazon
This special hidden camera comes in the shape of a functional LED desk lamp, meaning you can non-suspiciously leave it in plain sight. The LED is adjustable so that you can get the right angle and position you want. Offer HD resolution video and most importantly: the camera is well hidden. 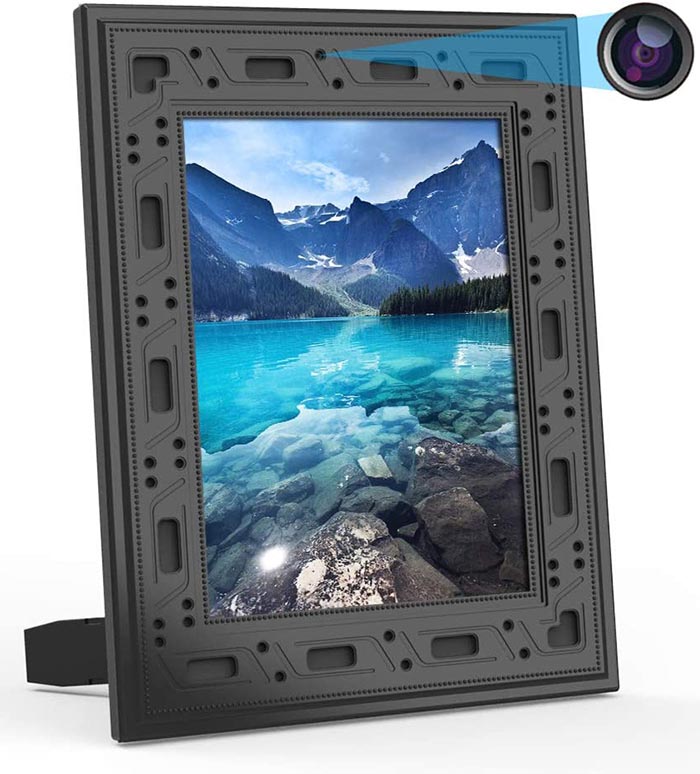 Buy on Amazon
This spy hidden camera comes in the shape of a modern photo frame and has a 65-degree viewing angle. It’s wireless and you can easily connect to your Wi-Fi network and view the feed on the smartphone via its own app.

A positive thing about this camera is that it comes with 10000 mAh and it stands by unless the motion sensor is triggered (real PIR motion detector). You can hang this frame on the wall and let the camera do its job.

Perfect for a covert nanny camera or in case you suspect something is going on in your house. No need to install microSD, it comes with a 16Gb built-in microSD storage. 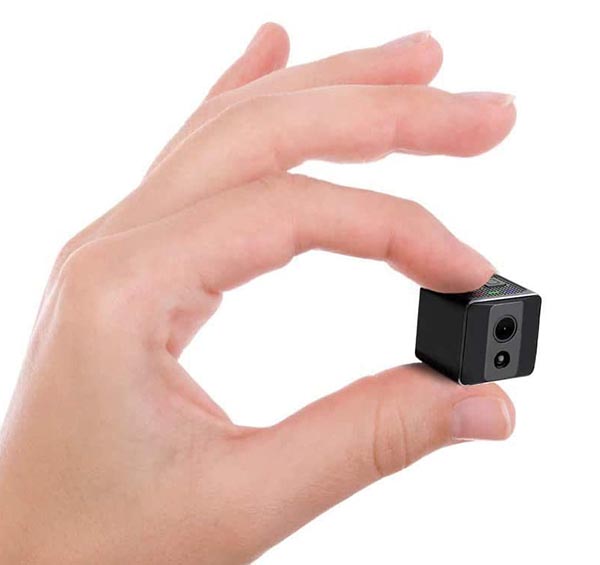 Buy on Amazon
The DZFtech is a very small 1080p spy video camera that makes no effort to hide its true nature. As you can see from the illustrated picture, the camera is a cube with a prominent lens on one side. Unlike the other hidden cameras shown here, this is a camera that you will need to well and truly hide.

There’s no wireless connection supported here, so the only way you can record and view clips is by using a microSD card. The DZFtech cube camera is designed for quick deployment as evidenced by the two dedicated buttons for activation loop recording or motion detection. This impressive camera packs in not just Infrared LEDs for night vision but also supports motion detection.

Power is as usual provided through a standard 5V USB port, but there is also a 350 mAh battery on board. Since there is no wireless connection or Ethernet port on this camera, there is no mobile app, RTSP, or ONVIF support here. This camera is purpose-built for hiding inside an object and then being left alone to do its spy thing. 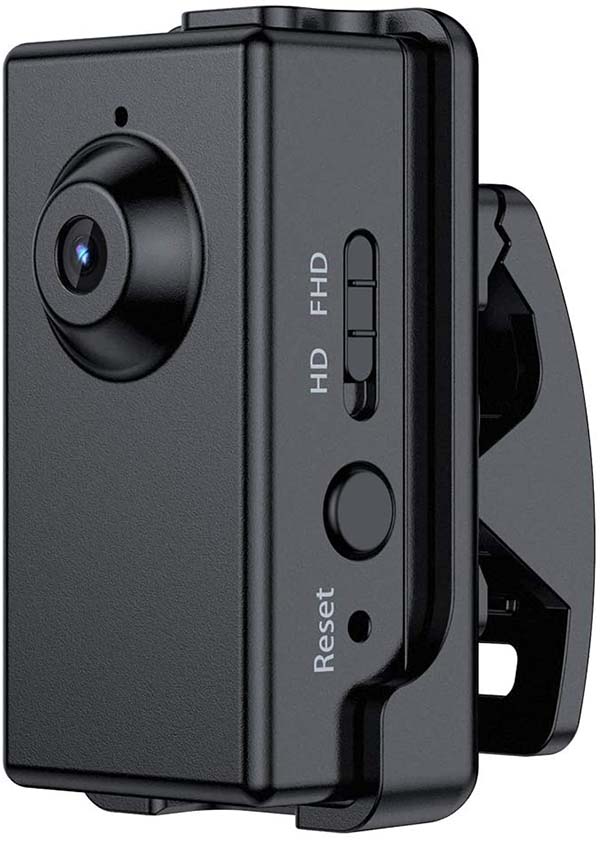 Buy on Amazon
This spy hidden camera is the tiniest one we have found so far in the market. The compact size doesn’t mean the camera compromises on quality as it supports a 1080p Full HD sensor and a battery with 90 minutes of runtime. It can take an SD card of up to 64GB and all the frequent settings such as resolution (1080p/720p), motion detection, or continuous recording are available via physical buttons.

It comes with a front and a rear clip that can attach to a pocket for convenient hands-free recording and also comes with a camera mount bracket for installing on the wall to an AC power outlet, which allows it to operate 24/7 without using the battery. 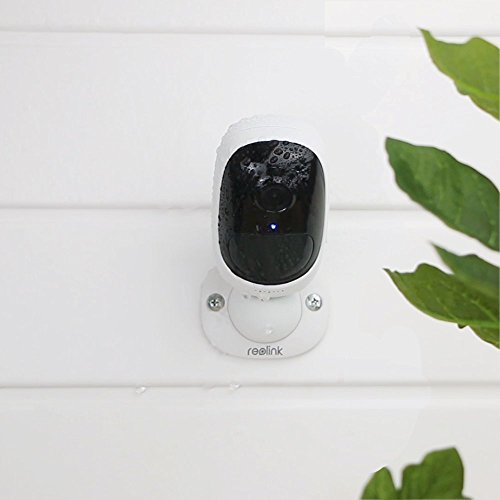 The Reolink Argus 2 uses a rechargeable Samsung battery with a humongous 5200 mAh capacity. The battery life of this camera is phenomenal. You can also add a solar panel to keep the battery topped up. It works with Amazon Alexa/ Echo Spot/ Echo Show/ Google Assistant. You can view your live video with a simple voice command and make Argus 2 part of your smart home security system. 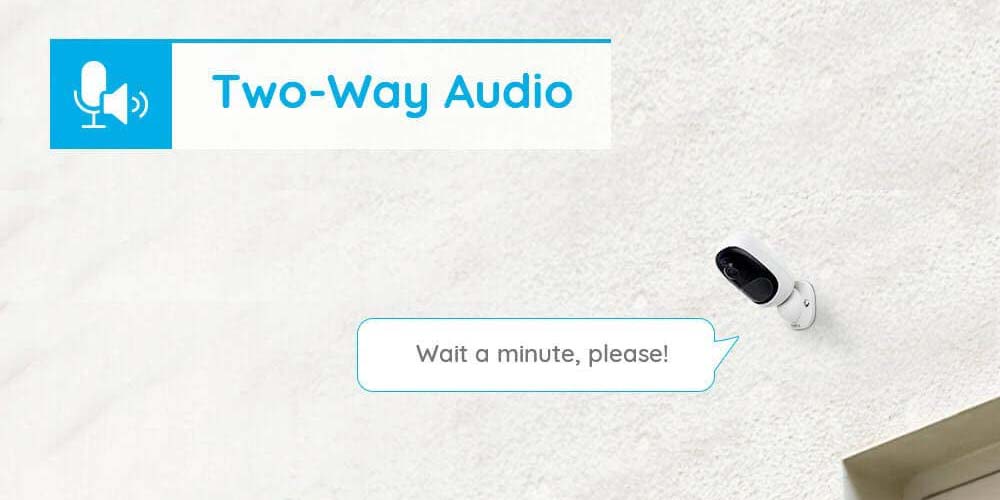 The camera has a very good 130-degree field of view and a 1/2.8″ Sony Starlight sensor. These are high-grade parts and set the Argus 2 on a different level compared to most other portable cameras on the market. Motion detection is PIR based and is very good even at night-time. 2-way audio is supported with the built-in speaker and microphone.

Of course, this is an outdoor camera and is IP65 rated. Setting up the camera is easy and Wi-Fi support means that you can live-stream as well as access recorded clips remotely through the mobile app. 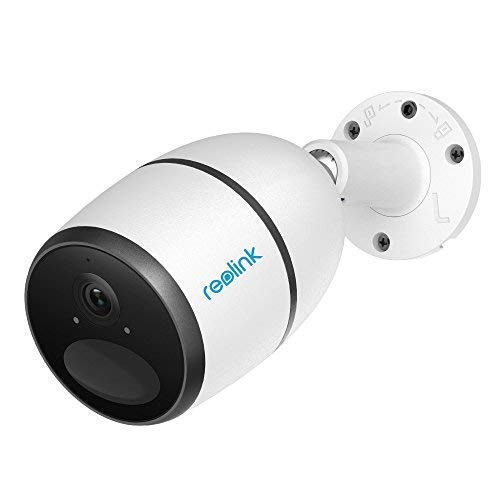 Buy on Amazon
What if you need to install a hidden camera that has to be 100% self-sufficient and cannot be connected to Wi-Fi? That’s where the Reolink Go is your best choice. This battery-powered waterproof camera has a 4G LTE radio that lets it work anywhere there is an LTE signal.

It shares most of its hardware features with the Reolink Argus 2, but has a beefier 7800 mAh battery to power its cellular radios. The battery should last 2 months or 500 minutes of live-view or PIR motion recording.

11 features to keep in mind when buying a hidden camera

1. Size of the camera

The most important factor in choosing a hidden camera is its size. This depends on whether you want to hide the camera or leave it in plain sight because it is already disguised as an everyday object. The larger models tend to have more features.

You should look for HD resolutions such as 1080p or 2 Megapixel resolutions but 720p may be acceptable if your target scene is not too far away from the camera.

All hidden cameras have this feature. Plug in a microSD card and the camera will record video and audio clips to it. Hidden cameras usually let you choose between recording motion detection clips or continuous recording by overwriting old clips (called overwriting or recording).

The motion-activated recording is a great feature that conserves both storage space on your microSD card and battery life. PIR based motion detection is preferable because it leads to fewer false alerts/recordings than software-based detection.

Also called 24/7 recording, most hidden cameras can overwrite older clips when the microSD card gets full. So the camera will never run out of storage space. The downside is you will have to access the camera frequently to copy off clips before they get overwritten.

Infrared LEDs are used to provide true night vision. This is an essential feature that most hidden cameras have. What varies a lot is the range of the LEDs and how bright they get.

In some countries, it is illegal to record audio without permission and so you may find cameras compliant with local law will not record audio. Make sure you do not break any local laws or regulations while using hidden cameras.

However good the battery is, your hidden camera is not going to last forever. More so if you are placing it outside your home or in the garden where battery life will be negatively affected by low temperatures. That’s why it’s great if the camera can run on AC power and charge its battery while operating.

If you want to live-stream the camera video, you need to get a camera with Wi-Fi support. Nowadays everyone wants to check the cameras through the phone, so keep in mind this feature when you purchase hidden cameras.

The Best Video Doorbell cameras in 2022