If you’re planning to have a security camera system installed and you’re on the fence about choosing dome or bullet style cameras, then this article will offer some suggestions.

The shape of security cameras such as bullets or domes can offer a certain advantage for specific projects. In this guide we will list and explain the advantages that both these camera styles have.

The guide explains the way the security camera works, their terminology and what PROs and CONs bullet or dome cameras have against each other. Hopefully this guide will help you make the right decisions when choosing the shape of your security cameras. 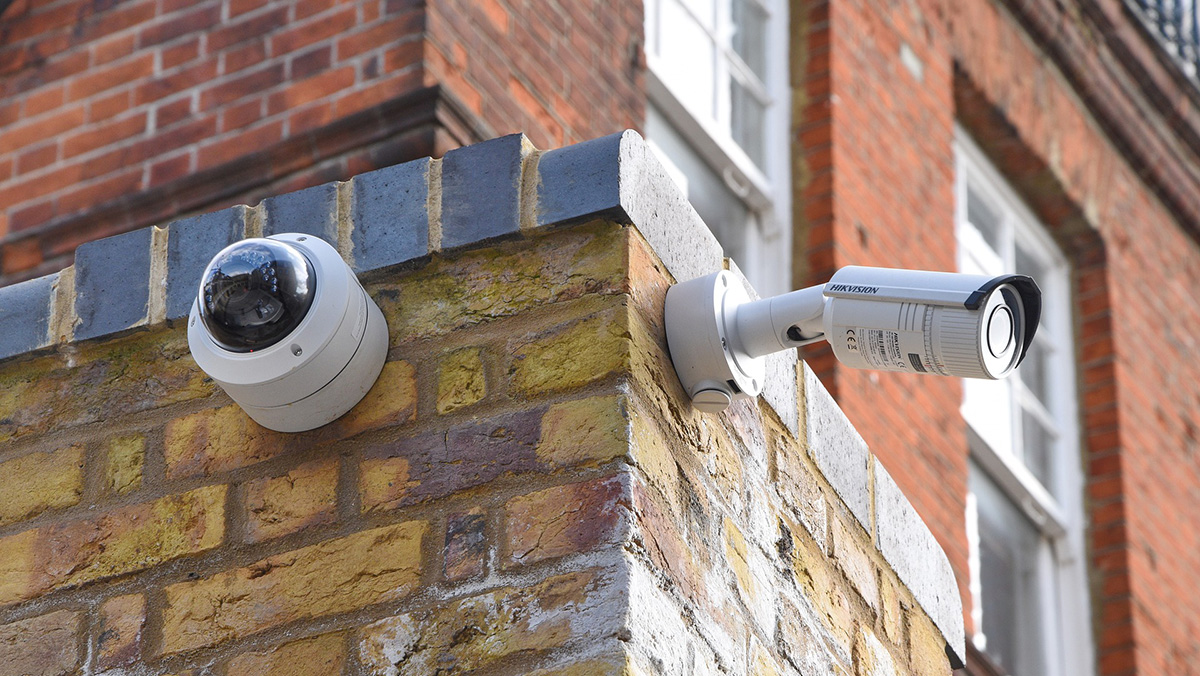 What is a bullet camera?

Nowadays, all bullet cameras come with built-in LED lights that enable the camera to see during the night time. These types of cameras vary from a small size to huge ones which are usually equipped with more powerful LED lights. 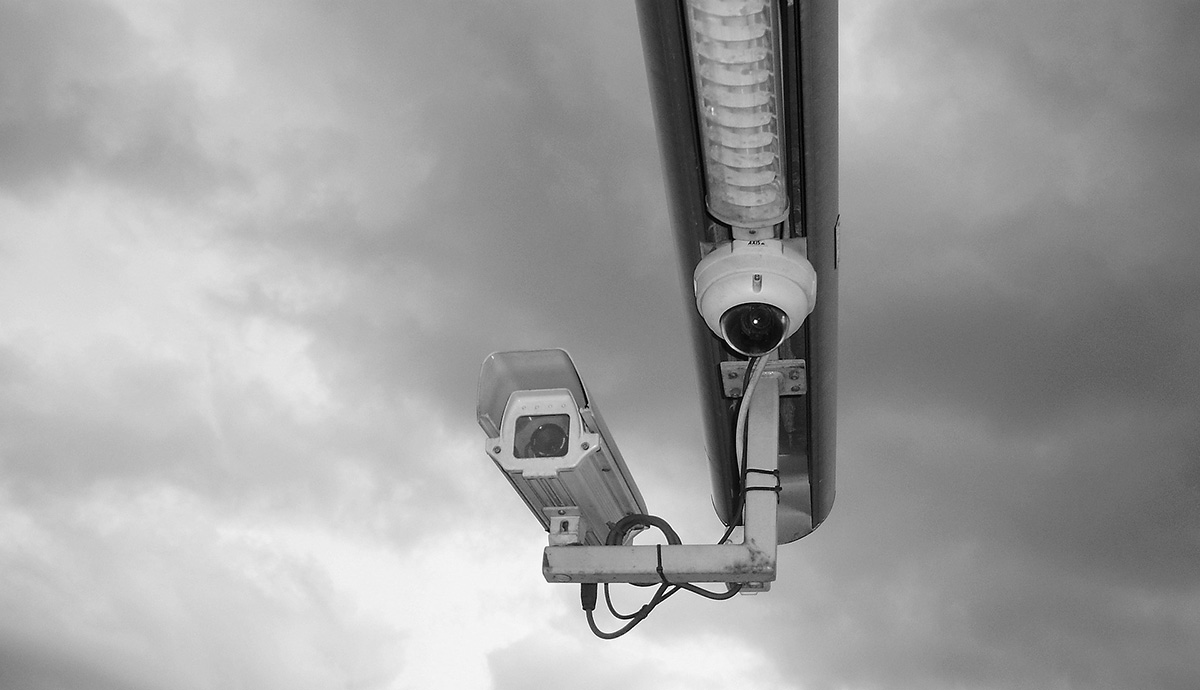 The advantages of bullet security cameras

Also, bullet cameras can be WiFi cameras meaning they connect to the recorded via the WiFi network. The camera can support single or dual band WiFi signals. Don’t get confused, you still need to run a cable to power up the camera, but no need to run a data cable. In certain situations this feature can make the difference.

Bullet security cameras are a perfect choice if you need to monitor an “elongated” area such as driveway, front door, back door, hallways, driveways, garage entrance, pathway, etc.

That doesn’t mean that the dome cameras are worse in these places, however, there’s a slight advantage on the way you can position and point an outdoor bullet-style security camera. It’s easier and more convenient to install a bullet camera in the aforementioned areas.

Bullet cameras are more flexible if you intend to mount them on walls, soffits, under the eave, overhang roofs, extensions, etc. You’ll struggle to point a dome camera correctly if you place it on a soffit.

All you have to do is screw the camera on the wall or the soffit, un-tight the neck of the camera, angle or point the camera as desired then tight the screw. That’s all basically. You don’t even need to open up the camera itself (as you

If you made a mistake, it’s easy to fix it in a bullet style camera. Just release the holding screw, re-position the camera and make it tight again. Dome cameras are more complicated if you need to do angle correction.

Think about it, when you see cameras in a house, which shape is more visible, the dome or the bullet one? Of course the bullet cameras are more noticeable. The design itself is intrusive and more visible which means that the cameras can deter potion break-in.

An intruder who is “inspecting” the neighborhood will notice the bullet cameras more easily, hence, think twice before breaking in. The visibility of bullet cameras makes them a great deterrence tool.

In other words, installing a visible and clearly noticeable bull-style security camera will help keep your property off the target from a possible intruder or burglars. This increases the overall efficiency of your security camera system.

Additionally, there are many other tricks you can use to maximize the security perimeter of your house or property, such as an alarm system, door sensors, door locks, sirens, external lighting that turns on motion detection, etc.

This is a common problem with dome cameras, the IR light bounces back to the dome and bleeds on the camera’s lens making the picture look washed up. The IR bleeding is not present in bullet-style cameras.

Additionally, the images can look bleached if the IR lights hit a reflective surface such as a wall, fence, window, etc. The reflection of light will eventually blind the camera’s lens, whiteout the picture and decrease the performance of your security camera system.

Bullet security cameras are less likely to be affected by the reflection issue, that’s because of the design principle and because the bullet cameras are placed on high points where it’s easier to avoid reflective surfaces.

If you plan to have outdoor cameras, it’s recommended to go with bullet cameras with an IP rating 66 or 67 which are certified to withstand harsh weather elements.

What is a dome camera?

As the name suggests, dome security cameras are CCTV cameras in dome-shape housing. Primarily these types of camera are used indoors and are installed in ceiling (more rarely into the wall). Usually the dome cameras are used inside houses, hotels, shopping malls, casinos, retail stores, etc.

The main advantage of the dome cameras is that due to their shape, it’s very difficult (or impossible) to tell which direction the camera is pointing at. This can be a downside for many wanna-be thieves or intruders.

Dome cameras can be IP, analog or HD over coax. All new dome cameras come with built-in IR lights which means they can see the surroundings even during the night time. For the IP dome cameras, you can power them separately or using the PoE feature which is usually supported.

The advantages of dome security cameras

Same as the bullet cameras, dome cameras come in various shapes and sizes that can be deployed in almost all CCTV projects.

The dome camera’s physical appearance is quite diverse as well, the shape can range from big dome style to mini-dome which are difficult to notice. Occasionally the dome housing can be modified to blend with the surroundings.

Dome security cameras are recommended to be installed in retail stores, casinos, indoors, supermarkets, cross roads, rail stations, plazas or other public spaces. Their appearance is non-intrusive and people won’t get bothered or be concerned about being watched.

The dome security cameras can be installed outdoors as well, especially to monitor areas such as garages, parking lots or backyards. Either way, their use is versatile and the new generation of dome cameras are packed with useful high tech features.

Dome cameras are more difficult to get vandalized when compared with the bullet cameras. If a bullet camera is mounted low or is within reach, an intruder can change the direction where the camera is pointing at.

On the other hand, the design of dome cameras doesn’t allow for some one to reposition the camera’s angle. The camera’s lens is inside the dome and no one can freely move it, unless they take off the dome cover. 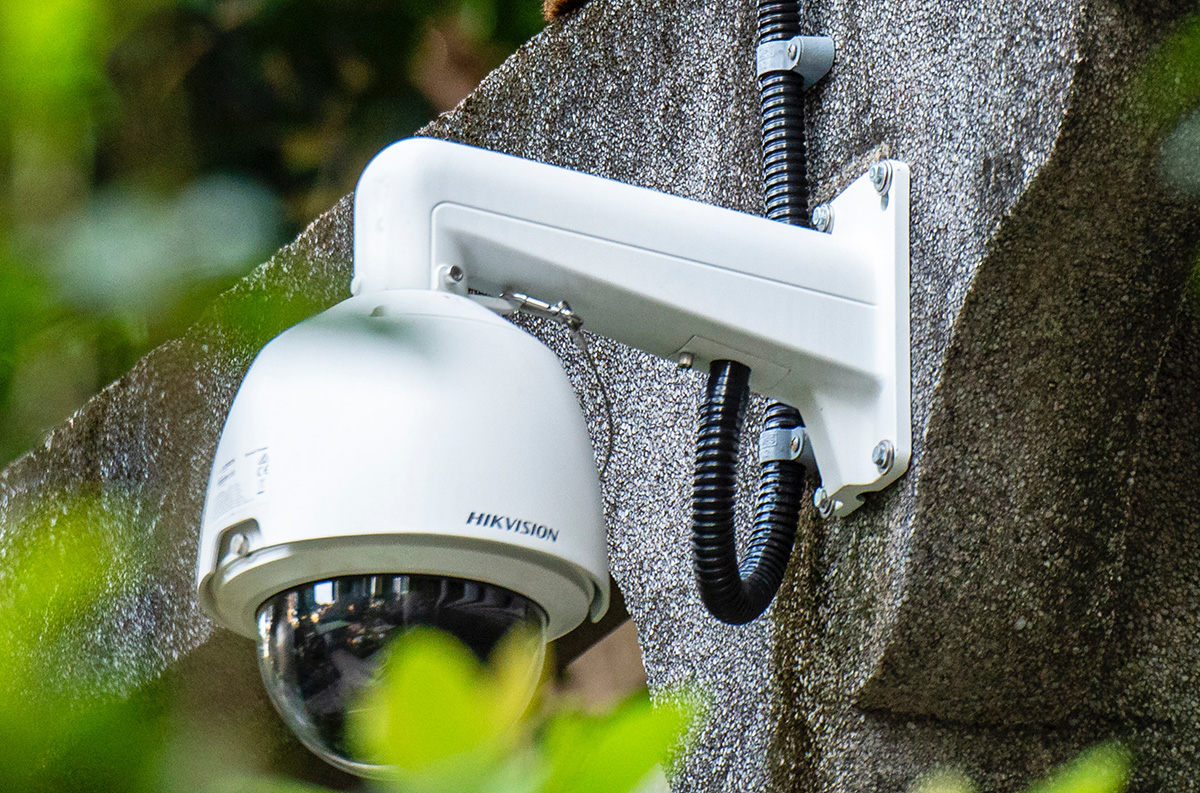 Additionally, many dome security cameras are vandal resistant rated which means they can withstand any attempts of damage by hitting them with an object (such as a club). If you intend to install the dome camera in a low ceiling or on place with reach, then you should go for IK10 rated vandal proof dome cameras.

An IK 10 rated camera has a special housing and dome which are hardened and tested out to withstand any break in attempts. That’s the type of camera you should go if you’re concerned that someone will try to tamper the devices.

One of the main reasons why dome security cameras are popular is their barely noticeable and discreet shape which make them useful for front doors, indoors, supermarkets, casinos, or other places where the subjects don’t need to be aware about the whereabouts of security cameras.

In many situations, it’s necessary to use low profile cameras, especially indoors. You shouldn’t install bullet cameras indoors that terrify and bother the people, instead go for small dome cameras that look better and are more discreet.

Dome cameras offer a minimalistic design approach that enables the cameras to soften the intrusion and blend perfectly with the surroundings, especially for indoors installations.

Generally speaking, dome security cameras are easy to install, moreover they come with a lot of mounting options. Usually, you need to mount the bracket first on the ceiling and then on top of it screen the camera.

Once placed, you can pan-tilt the camera’s eye and aim at the right direction. Be Careful not to leave marks on the lens. Screw it into its final position and then place the glass dome on top.

Should you go with bullet or dome cameras? That all depends on the CCTV project requirements. If the camera will be outdoor and you plan to scare off any intruders, then you should go with bullet security cameras.

If the cameras will be indoor and you don’t want people to easily notice them, then you should go for dome security cameras. Bullet and domes cameras have certain advantages and disadvantages. Nowadays, most decent security cameras, no matter the shape, are guaranteed to provide a decent and reliable service. Simply choose based on the deterrent or discreet factor.