Do you need a hard drive for DVR or security cameras

Video storage is the main component of every security camera system. That’s the point of a whole CCTV system, having video evidence of possible incidents around your property.

When researching security systems you may come across the question if you need a hard drive for security cameras and the answer is complicated. Nowadays the security systems are able to record long-term and high-resolution footage.

To answer the question: Security camera systems (DVR, NVR) need hard drives in order to store the recordings. Otherwise, you may end with a system that only provides a live view feed. Additionally, many IP cameras come with microSD card slots, meaning you can store the videos straight on the camera, although the longevity of the footage is quite short. 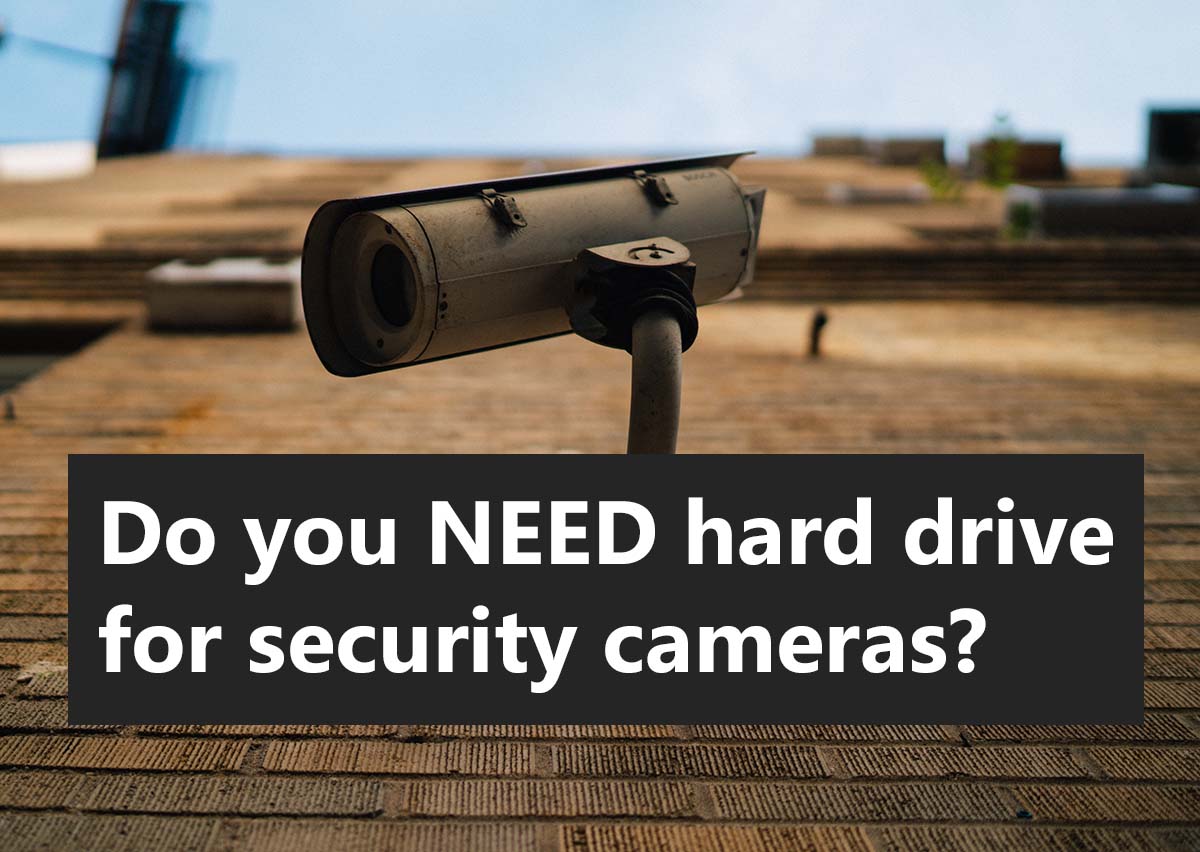 In this case, the cameras are not intended to work standalone, but are part of a CCTV system centered around a recorder. This recorder can be DVR (for HD analog cameras) or NVR (for IP cameras).

All the security cameras send out the video feed to the recorder which stores the footage on its (internal) hard drives. The number of installed hard drives depends on the recorder’s model and manufacturer. Some recorders take 2 hard drives, or 4 pieces or even 8, and so on. The size of the hard drives starts from 1TB and up to 12TB per slot. Check the spec sheet to find out what hard drive sizes are supported.

Basically, the more hard drives installed and the bigger their capacity, the longer the security cameras will record. Find out how long video storage is good enough for you and then purchase the hard drives. Make sure to install CCTV-rated hard drives which are way more reliable and provide a higher lifespan when compared to regular computer hard drives. 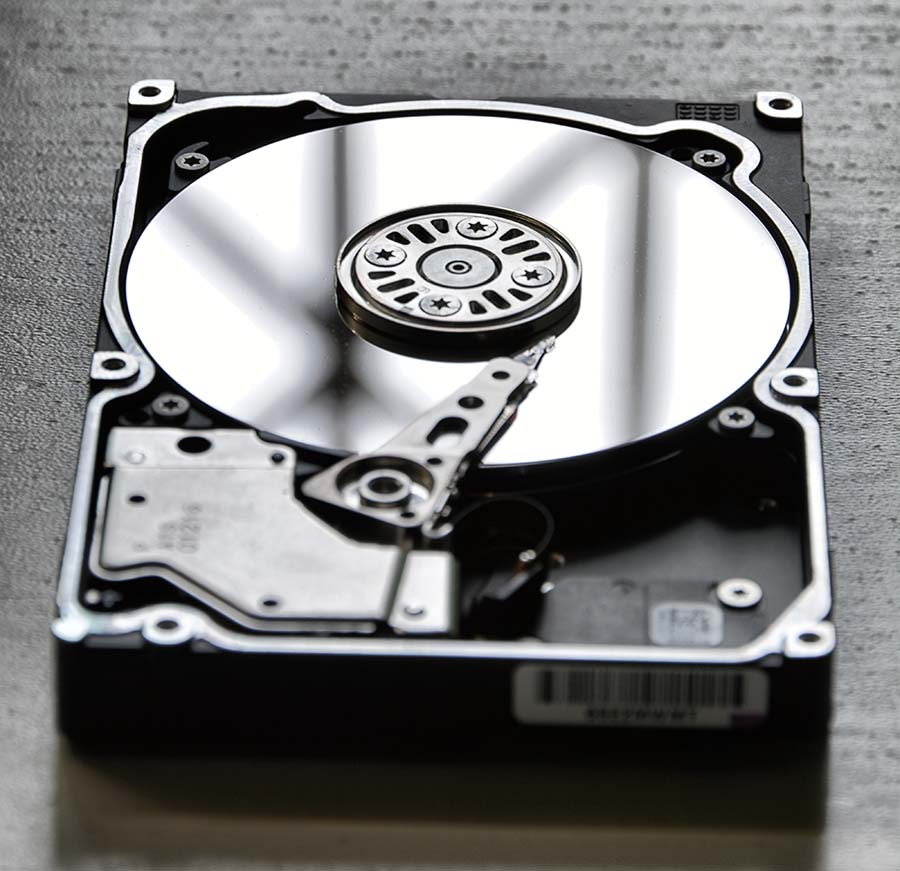 Use microSD cards to record directly on the security camera

In this scenario, the security camera will record the footage directly on the microSD card. You can playback and backup the footage of the microSD by using a computer or smartphone app. The downside is that microSD cards are relatively small compared to hard drives and you may only record a few days before the overwrite starts.

This solution is recommended if you don’t need a whole security system, one or two cameras is enough. You can save money and the cameras will still be able to store the recordings on their built-in microSD cards.

Most IP cameras, NVRs, or DVRs offer the option of cloud recordings which eliminates the need for on-site storage, letting the cloud service provide storage of the recordings on their servers.

Usually, cloud storage providers can record for a longer period of time depending on your needs, let’s say from one month up to a few months. Another thing to keep in mind, nothing will be recorded on the cloud if the internet doesn’t work or its speed is compromised. You need to make sure the internet is stable and the higher the speed, the better. 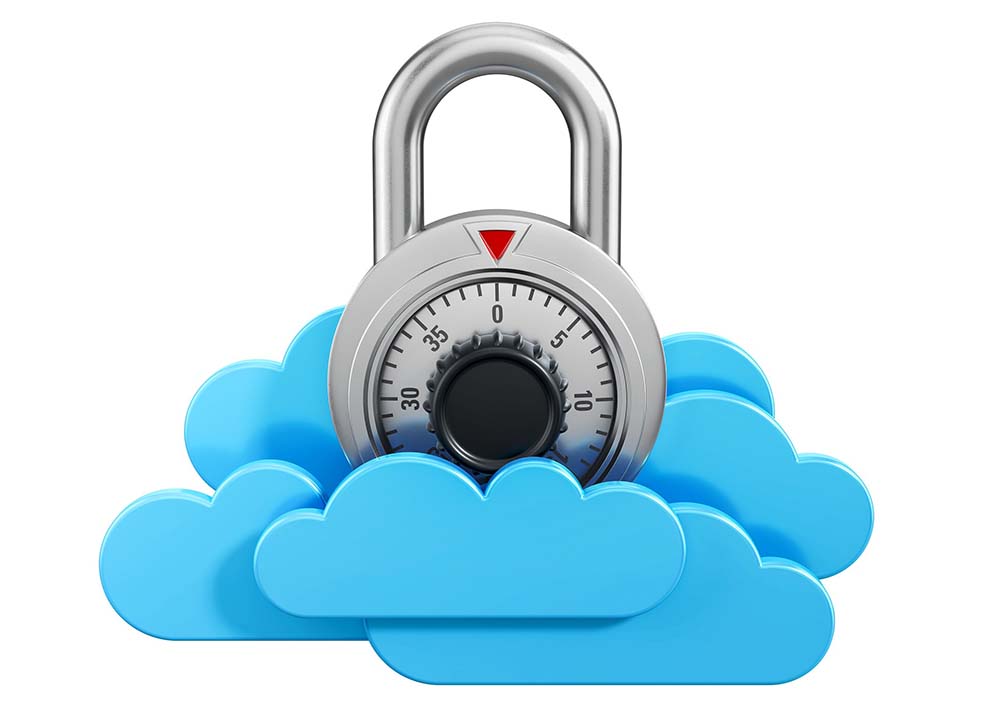 One potential drawback of CCTV cloud storage is the high cost associated with it. Usually, these providers work on the subscription model, meaning you pay a monthly fee. If you used hard drives on your recorder, there’s no need to pay any fees. If you intend to go for cloud storage, try to balance the cost of the service against physical on-site hard drives.

How many hard drives do you need for your security camera system?

Finding out how many hard drives you need for your CCTV system is about finding how long you want to record, the recorder capability, and the budget.

Determining the right amount of storage for your security system is relatively straightforward. You need to calculate the longevity (how many days you need to store), the number of the cameras, the video resolution, and the bitrate.

Additionally, if you record on motion detection you can double or triple the total days you can have recordings on hard drives. On motion detection, the CCTV system stores videos only when triggered. When nothing happens, nothing is stored. Nowadays most security systems record motion detection by default. However, if not happy, you can set a system to record continuously (24/7).

Generally speaking, it is recommended to store surveillance recordings for at least 30 days which provides video evidence of everything that happened last month. However, many commercial entities prefer storage for up to 90 days, which requires a large amount of storage.

Other things to consider are the video resolution (the higher, more store needed), the bitrate, the frame rate (15-20 fps recommended). If you increase any of these parameters, the system will need more storage space to store the recordings. It’s recommended to find the right balance.

Tips to record longer on your security camera system

There are a few ways to improve the efficiency of your video recording and record more days in the CCTV security system without necessarily adding more hard drives or being forced to lower the resolution.

A few newer systems offer cloud recording, which means you don’t record on the local hard drive but the footage is stored on the cloud remotely via the internet connection.