Opening the door and hearing the beeping from the panel is one of the classical tell tales that you own an ADT alarm system. Some people hate the beeping, some people love it and they feel like something is missing if there’s no beep if one of the doors is opened.

What to do if the ADT alarm starts not to beep when the door or windows open? Does the missing beep mean that there’s something wrong with the alarm system? How to fix the issue and bring the beeping back?

Depending on the setup, the ADT alarm chimes indicate that an alarm contact circuit is open or closed. For example, once you open the door, a chime or beeping will sound inside your house. In some other setups, the beeping will occur even when the door is closed. The beeping can be for opening and closing doors or windows.

If this alarm sounds suddenly stops, it’s something that you need to inspect and troubleshoot as soon as possible because it may indicate certain issues that may compromise your home security. In this guide, we will show what you should do if the ADT alarm beeping doesn’t work anymore.

ADT door or window alarms notify the owner if certain doors or windows are opened and that’s a useful feature especially if you have little kids or pets. If someone break-in through the door or a window, the alarm will be triggered and the central station will dispatch the police toward your household.

Most of the time the alarm is triggered when the door contacts break off their pairing. If you have noticed, on the door should be two small pieces that are called contacts. One is attached to the frame, the other one to the door. If the alarm system is armed and someone forces themselves through the door, then the contacts will unpair which triggers the alarm.

In some other types, the alarms are set off when someone passes by. The motion detection is reached by utilizing infrared motion detectors to capture the heat signature of someone (human or pet) moving through the door. 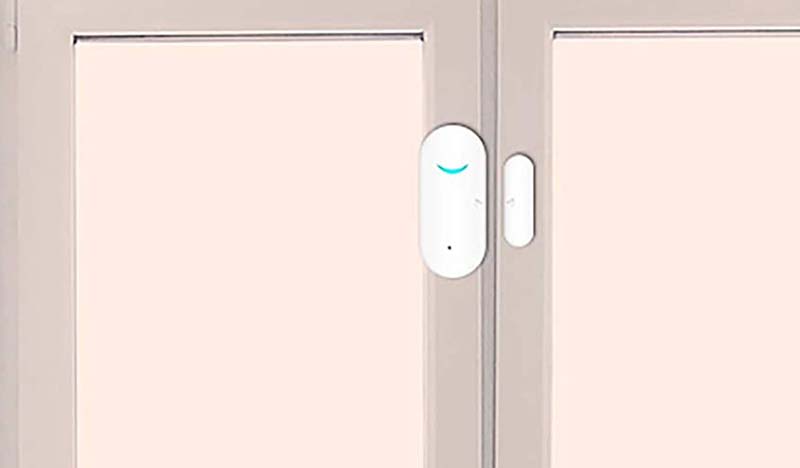 How to fix an ADT Door Alarm that doesn’t beep?

The first thing you need to do is verify if the sensors are active. Take a look at the panel and see which sensors are showing problems. You should see there a number and the sensor’s name, for example, “2 entrance”. Each door is numbered and labeled by the system.

Another thing you can do is remove the battery from the sensor and place it back. If the battery has expired, you need to replace it with a new one. As a matter of fact, many times the beeping alarm stops beeping simply because the contacts have run out of battery.

It’s worth trying the oldest trick in the book: rebooting the system. Sometimes electronic devices show weird issues that can be fixed simply by restarting the system. So, turn off your ADT main power supply, wait 60 seconds and then power it back.

Then you should wait until the whole system comes back live and you may hear a lot of beeping during this time. Once so, check if the beeping is restored, open the door, and hopefully it will beep.

It has been reported that changing the chime code may fix the missing beep when you open the door. If your main door utilizes a chime alarm, you have to program it so that the motion detection will be sent to the main panel and you need to add the chime code to your ADT doorbell.

As we said, sometimes the software may have some issues such as erasing the sensors from the system. To fix, you may need to re-add and re-program the sensor that doesn’t beep. This may be complicated and it depends on the model of your system.

Technically, you can follow the user guide that comes with the system on how to add a sensor. If it’s too difficult, maybe it’s time to get an alarm technician.

It may happen that the magnetic contacts are damaged and they don’t work anymore. Check the message on the ADT panel and then inspect the contacts closely.

Open them up, remove the battery then put it back and see if there’s any light on the circuit. In some cases, the contacts may get damaged by humidity or water. If so, you need to purchase new ones.

Lastly, if you can’t fix it then you should call ADT as soon as possible. If there’s an error on the panel, it may comprise your security system and that’s something you should avoid. Depending on the contract you have with ADT, you may end up not paying anything for a technician, especially if it’s a faulty unit.

So, call up ADT for technical assistance, they may try to fix it remotely or they’ll make an appointment with you and send out an on-site technician.

ADT alarm not beeping when opening a door or a window may indicate an issue with the system that needs to be investigated. The last thing you need is an alarm system that doesn’t work.

Start by checking the batteries on the sensors and replacing them if they are low or dead. Then reboot the whole system and wait for it to come online. If the issue can’t be fixed, you need to call ADT for technical assistance. You must address these issues as soon as possible to avoid any downtime on your alarm system.

What Happens to ADT Alarm When the Power Goes Out

How Long Are ADT Videos Saved?