Frame rate per second on CCTV

Frame rate (expressed ad frames per second or fps) is the number of frames (or images) your security surveillance camera can take per second.

These have a frequency, which is the number of frames per second (fps) that is needed to get an idea of the movement.

For example, if your security camera captures 30 fps, it means that it can capture 30 frames in a single second of video. The higher the frames, the smoother the video will be.

Currently, the CCTV industry standard for clear, smooth video even with moving objects, and the best frame rate for security cameras is 30 fps, although the quality of video you’re hoping to capture and your network’s bandwidth are heavily influenced by what frame rate will work best for you.

30 fps is not only the best frame rate for security cameras but, also, the standard rate for your television, since it results in smooth movement of people and objects between frames.

The frame rate also has an impact on the size of your video files. If your storage or bandwidth is limited, by controlling the frame rate you can reduce the bandwidth usage by eliminating unnecessary frames.

A common technique is to configure the security camera system in a way in which the speed of the photos is detected as a movement.

Another technique consists of transmitting at a higher frame rate for a local display, and less through the Internet for remote viewing. In many circumstances, a lower frame rate will still record video that is smooth while saving you space and bandwidth. 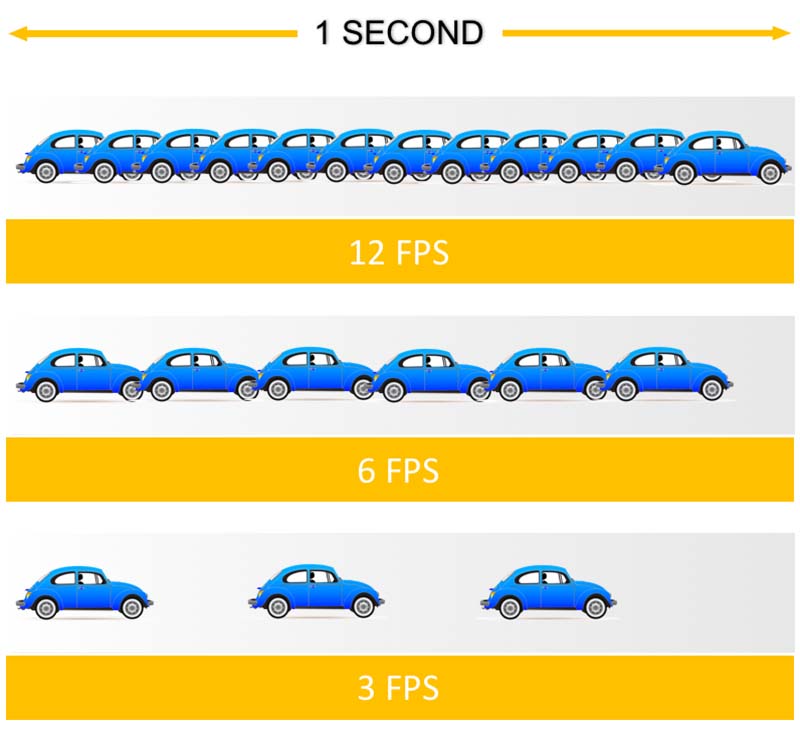 How managing frame rate can help your security system

When it comes to managing your camera’s frame rate settings, there are many options to consider, including:

Is your bandwidth limited? Videos with lower frame rates say 15 fps, are smaller so they are less intensive to upload and view in real-time.

Can you set up multiple video streams? If so, you can set remote viewing streams to lower frame rates while local viewing can stream the video with a higher frame rate.

Will you use motion detection? You can set the camera to record video with a low frame rate to reduce the impact on network bandwidth, and only use higher frame rates when motion is detected and clear video is necessary.

Most surveillance cameras and systems allow you to customize the frames per second settings, but be aware that most cameras have a maximum setting of 30 fps.

Should IP security cameras be on a separate network

How to Raise ADT Alarm Volume (ADT Is Not Loud Enough)

How to Fix Hikvision Not enough SMD Resource Issue

How to fix MSVCR120.DLL file missing problem for SADP tool