When we refer to HD security cameras in this guide, we are talking about HD over coax security cameras or HD CCTV cameras (HD-CVI, HD-TVI, or AHD). These cameras use the same type of coax cable as traditional analog, except they can support 1080P resolution and higher.

In this article, we will demonstrate how to connect an HD security camera to a TV HDMI input. It applies whether you want only a live video view or if you also want to record the video on a recorder.

The main challenge in connecting these cameras directly to television is two-fold. First, they use BNC video connectors and a coax cable to transmit the video. Second, they most likely use one of the following video standards: AHD, HD-CVI, or HD-TVI.

Because of this, you can’t simply connect the video outputs of the cameras to the HDMI input of the TV. You can use an HDMI video converter, though, to transform the HD security camera video signal to HDMI signals.

How to use an HDMI converter? 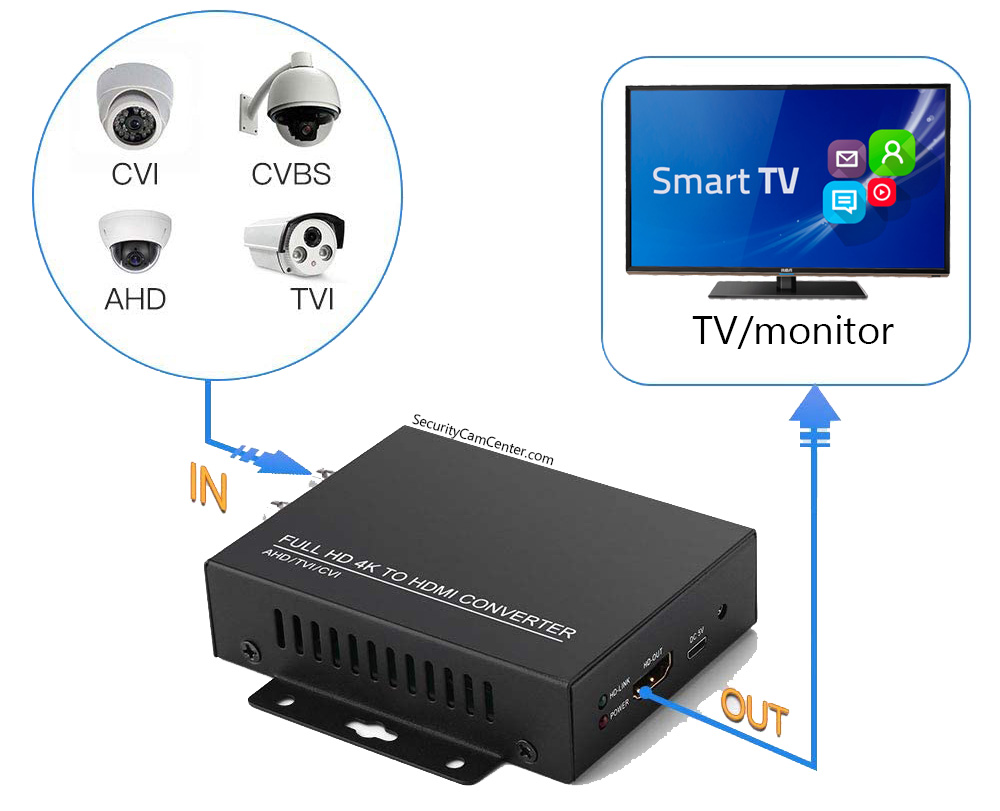 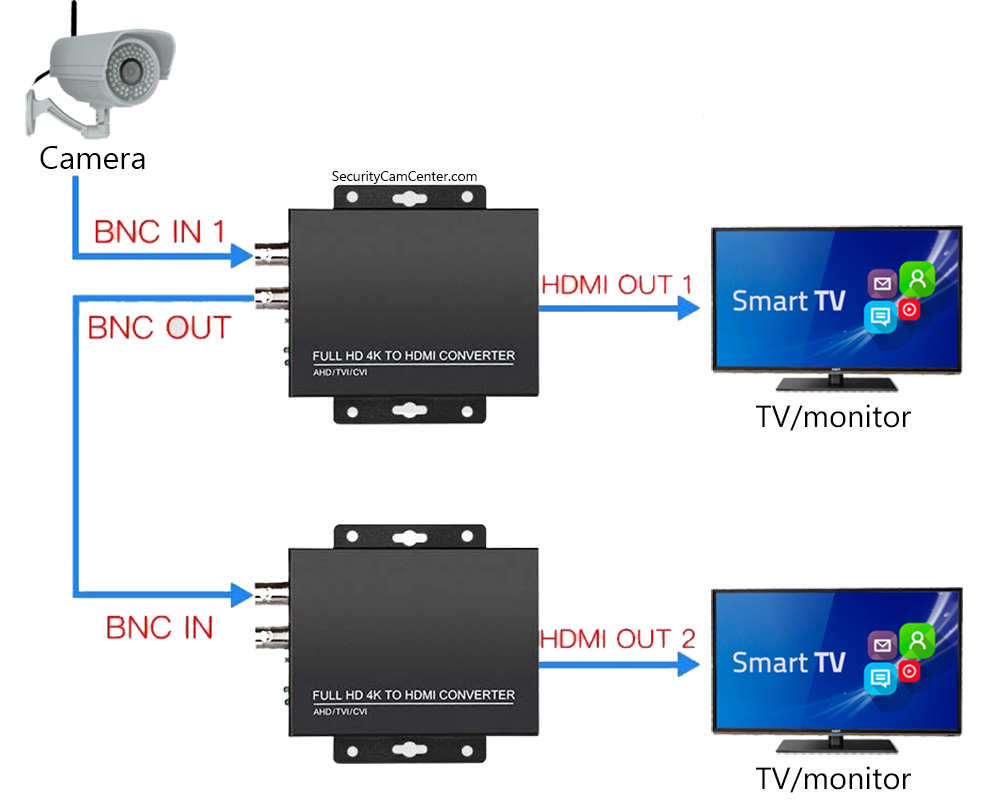 The setup is almost the same as only connecting the camera straight to the TV. In an example, the HD camera is connected to the HDMI converter. The converter has a BNC video output that lets out the same video format and resolution as the input. You need an additional RG59 cable to connect the output to a DVR.

Display the live view of a camera to multiple TVs 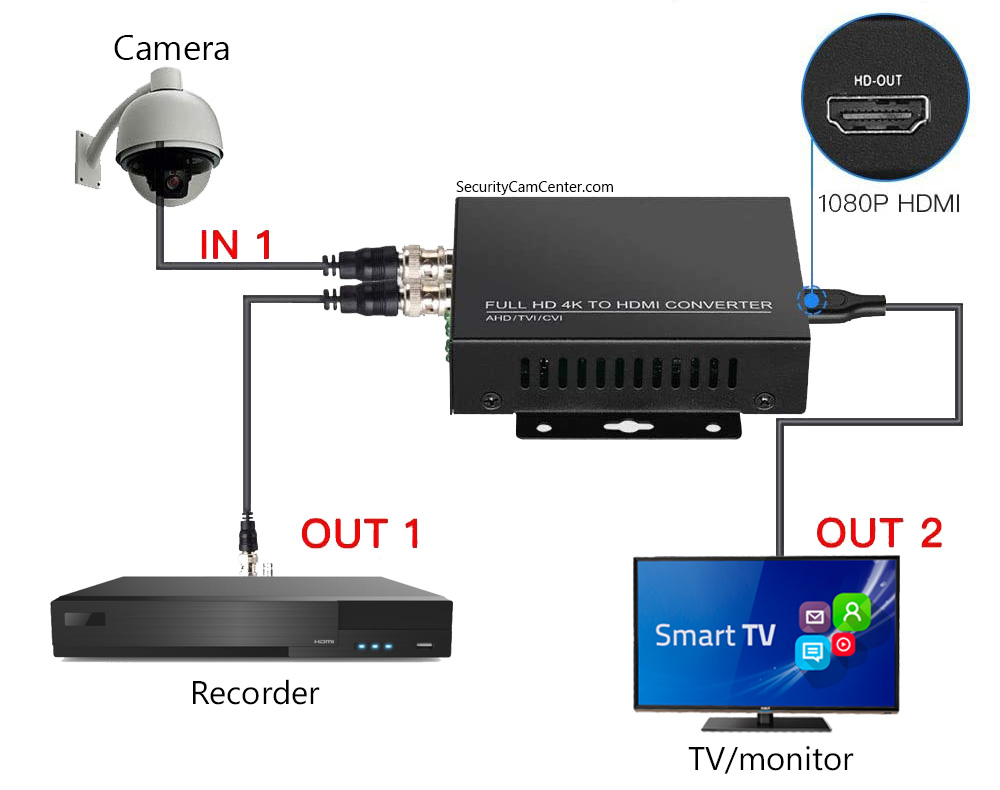 Which HDMI converter to purchase

We recommend purchasing this 4K HDMI to BNC converter which supports HD resolutions such as 720P, 1080P, 3MP, 4MP, 5MP, and 8MP. It features an auto-recognition resolution meaning the converter will detect the resolution automatically.

This HDMI to BNC converter supports a long transmission distance up to 500-700 meters over coax cable. The HD CCTV cameras that work with this device: HD-CVI to HDMI, HD-TVI to HDMI, AHD to HDMI, CVBS to HDMI.

Should IP security cameras be on a separate network

How to Raise ADT Alarm Volume (ADT Is Not Loud Enough)

How to Fix Hikvision Not enough SMD Resource Issue

How to fix MSVCR120.DLL file missing problem for SADP tool