How to power wireless security cameras

Having wireless security cameras doesn’t mean that the camera will have no wires at all. You can transmit the signal wirelessly but you still need to power up the camera. There are cameras that work on batteries, however, a true and reliable security camera (wireless or not) needs to be powered.

How do you power wireless security cameras?

All wireless security cameras are powered up in three ways:

Wireless cameras that are powered by using a power cord

In some wireless security cameras, wireless means the transmission between the camera and the receiver (NVR, phone, computer) is wireless.

With that being said, the cameras still need a cable to get power from and this cable needs to be plugged into an electrical outlet. In this case, when they say “wireless”, only the way data is transmitted wirelessly but to power up you need a power cord hooked up to the camera.

The most popular and common way for powering a “wireless” security camera both indoor and outdoor, is the DC wall adapter.

Most of the cameras require a 12V voltage (and 2A), however, a few models work on 5V voltage. You need to check the specs sheet of your camera in order to get the right DC power adapter. 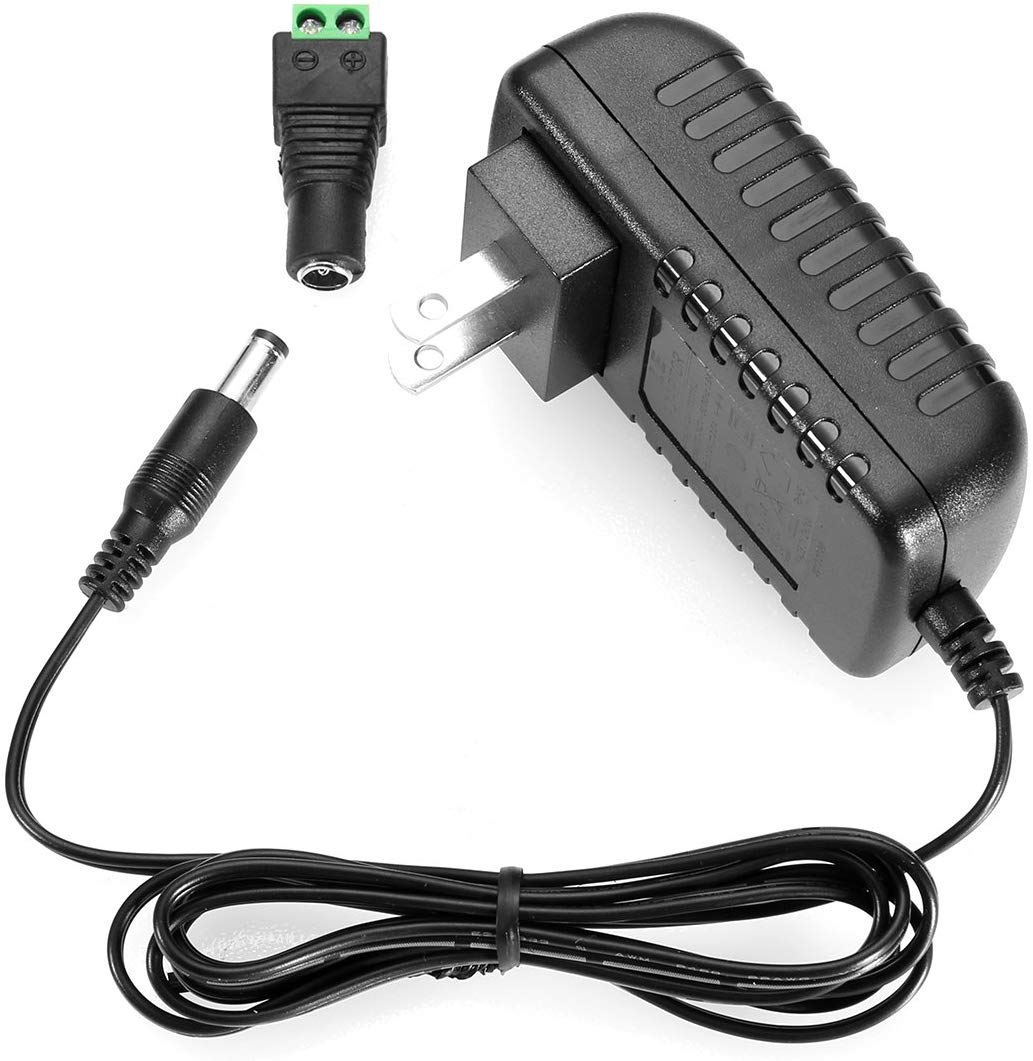 Certain types of wireless security cameras use a USB charger, which utilizes 5V. The cable goes to a USB converter which is plugged in the power outlet and then goes to the camera via its USB port.

The most “exciting” platform to power wireless security cameras right now, is of course battery power. The battery-powered security cameras are truly a wire-fee solution, the data is transmitted wirelessly and the camera is powered via the battery (so no wires).

Usually, the main concern of these types of wireless security cameras is battery life. They tend not to last long and depending on the environment the battery may drain quickly.

Each year the batteries are getting better and these cameras are optimized to wake up only when there’s motion, otherwise, they don’t “work”. 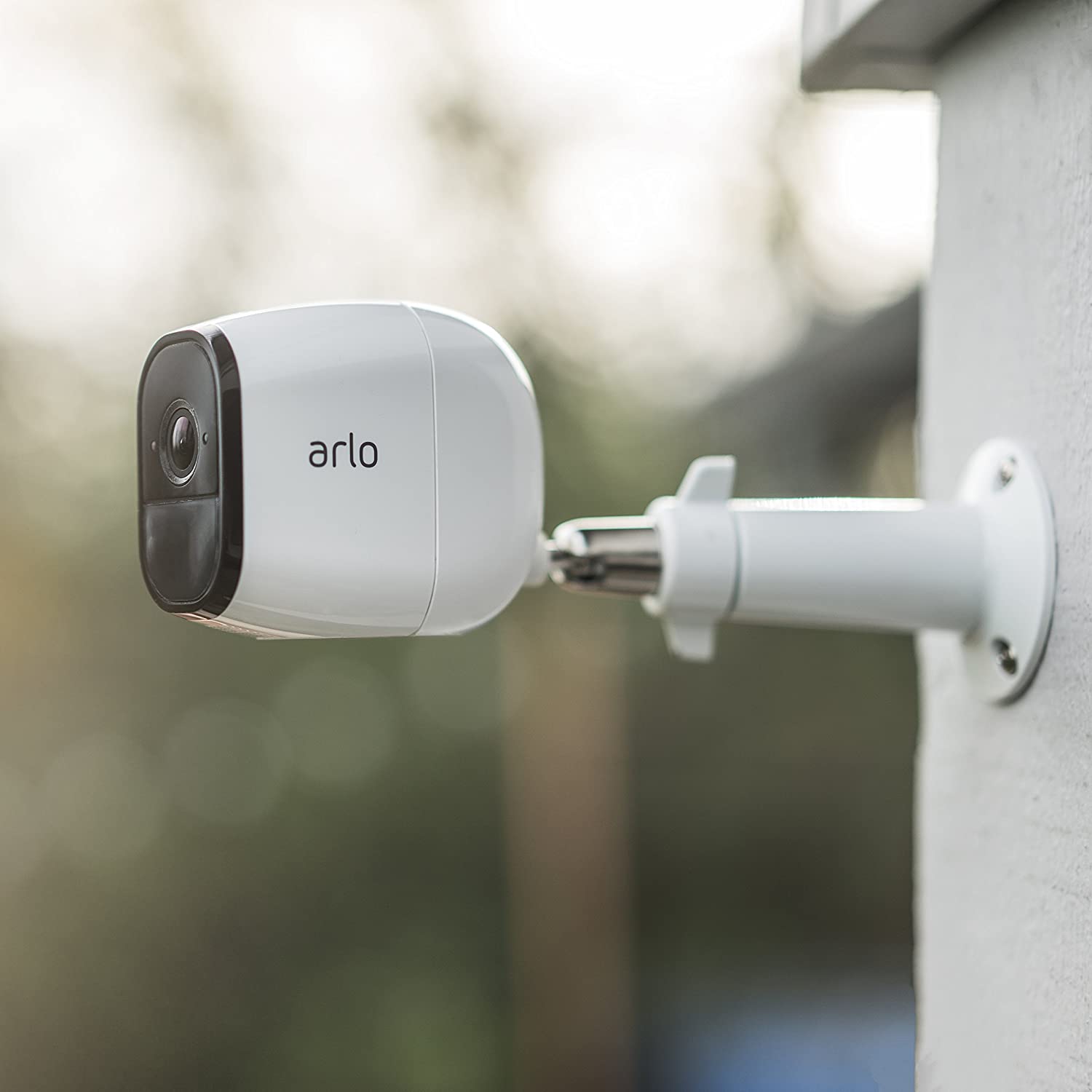 This Arlo System for example has rechargeable batteries in each camera. It comes with five cameras and an NVR for a complete home security system with very easy installation.

If one gets low you can bring it in and charge it. Charges last depending on settings and temperature. These cameras are some of the first to offer different colors that can match the environment where the camera will be placed.

Wireless security cameras that are solar-powered

Solar power panels have been used for outdoor electronics for a few years now, so it’s not the newest form of wireless power on the market, but it’s out there and getting better every year.

The basic idea is for the solar panel to collect the solar power and store it in batteries from which the wireless security cameras draw power.

Also, some security cameras work on 4G or 3G cellular data which makes them perfect to be used in remote areas or in places where you can’t build any supporting infrastructure.

They’re solar-powered and transmit the signal via cellular data which makes them completely wire-free. For example, this unit from KKmoon is an IP camera with a solar light attached. 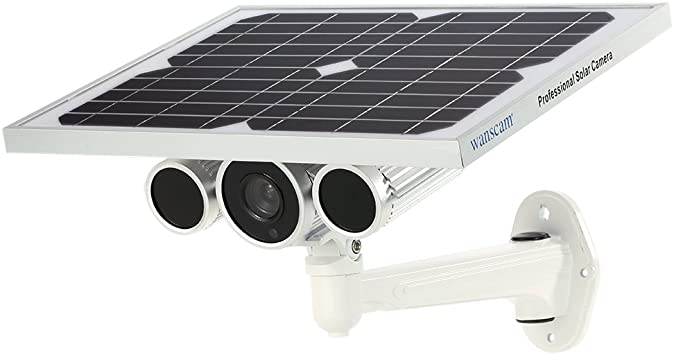 Do security cameras work when the power is out?

A UPS is a sophisticated power supply regulation device meant to control output and supply power when its own source power is removed.

In other words, it is a battery backup for electronic devices, such as computers, medical devices, factory equipment, and at home it also works for security camera systems. 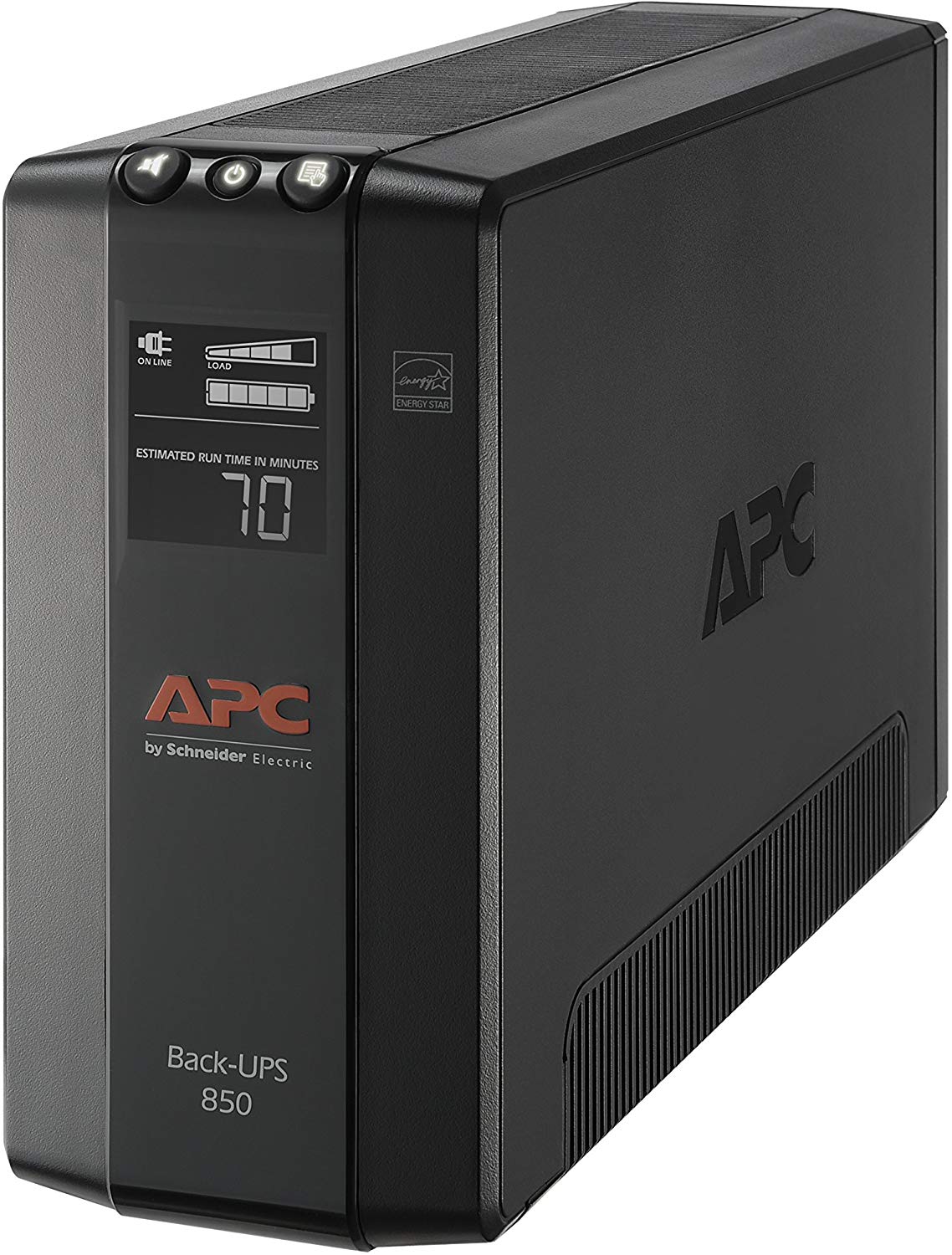 There are many sizes and features to choose from. For the most part, they are fairly affordable. Here is an APC Back-UPS Pro 1500VA UPS Battery Backup & Surge Protector (BR1500G) which has 10 outlets making it easy to power a monitor, router, computer, phone charger, and NVR while the power is down.