How to Create Redundant Recording for your Security Camera System

It happens that someone breaks into the house or store and steals the surveillance recorder. Imagine finding your property violated, rushing to check the security cameras, and the recording machine itself is gone.

Or, you try to playback and review an incident, just to find out the hard drives were dead or damaged and nothing was recorded.

That’s a horror story! There are a few ways how you can avoid such a situation and that’s it by deploying redundant recordings. In other words, you automatically save the surveillance system’s recordings in a “spare” hard drive or in a second location.

If the main recorder (NVR, DVR, base station) is snatched by an intruder, you still can access the recordings via the backup units. In this guide, we will show a few ways to create Redundant Recordings for your surveillance security camera system and offer insights on how to have your security recordings saved twice. 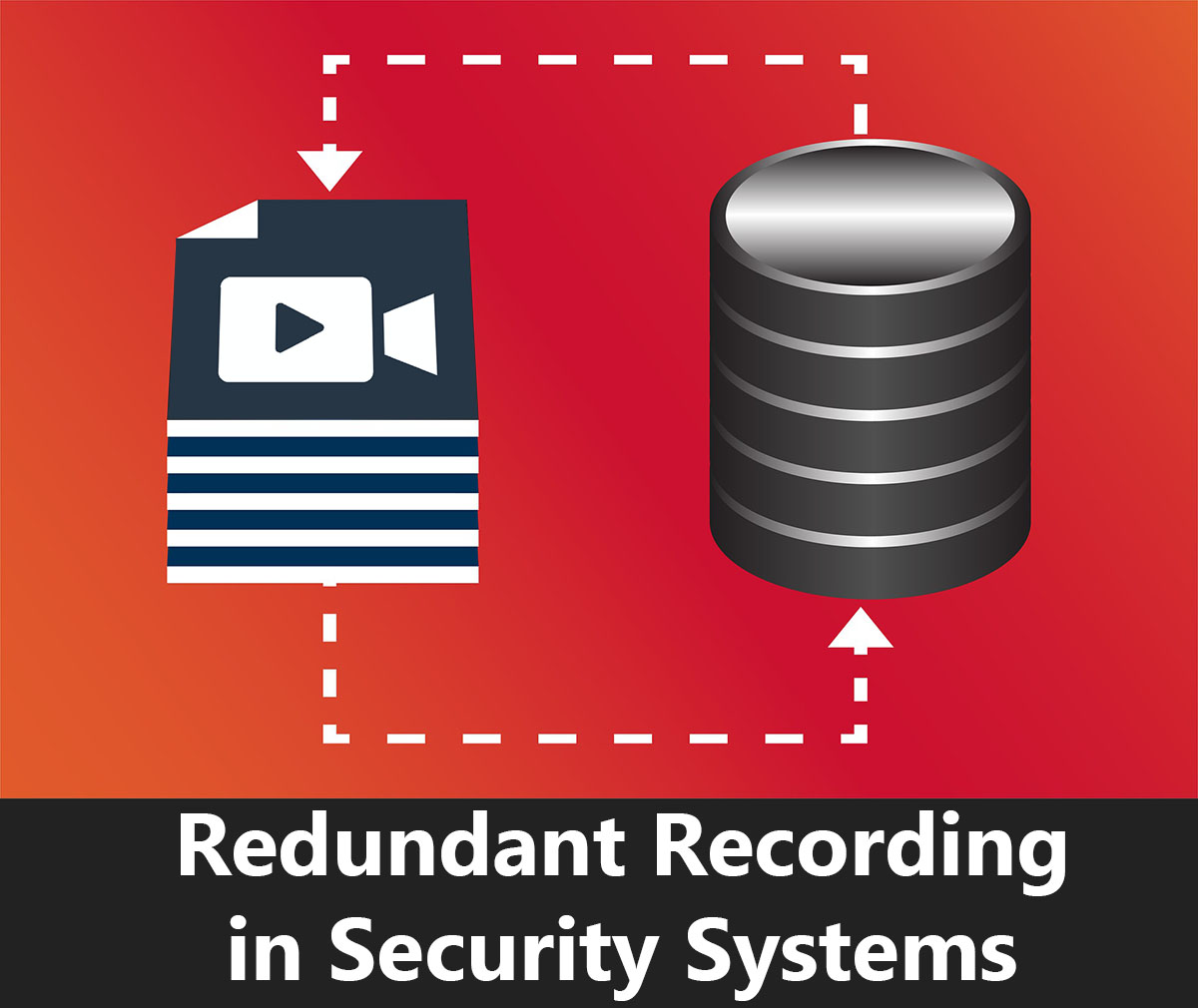 Redundant Recording: How to store surveillance recording in a second location

There are a few ways to make your security surveillance system record simultaneously on two different devices. The idea is to duplicate the hard drives as they record and always have a backup in case the main hard drives are damaged.

The solutions presented here may be expensive and, in some cases, complicated to be implemented. Additionally, certain features must be supported by the recorder. For instance, if you need to use the RAID method, the NVR must support the RAID mode.

NAS, short for Network Attached Storage, is a convenient way to increase the storage space of your security camera system or to create redundant storage, off the main location, that allows the CCTV system to store the footage in two copies.

NAS is linked to the recorder via the network (not directly). For instance, the recorder goes to the switch in the location and the NAS connects to the same switch.

That means, if someone damages or steals the recorder, they are not aware that there’s NAS on the network duplicating the footage. There’s no way for an intruder to trace the cabling and think maybe there’s a backup device on the network.

NAS comes with numerous bays (1, 2, 4, etc) where hard drives are installed. The more hard drives installed and the larger their capacity, the longer you can record. In many cases, the longevity of the footage on the NAS surpasses that of the recorder (NVR) itself. 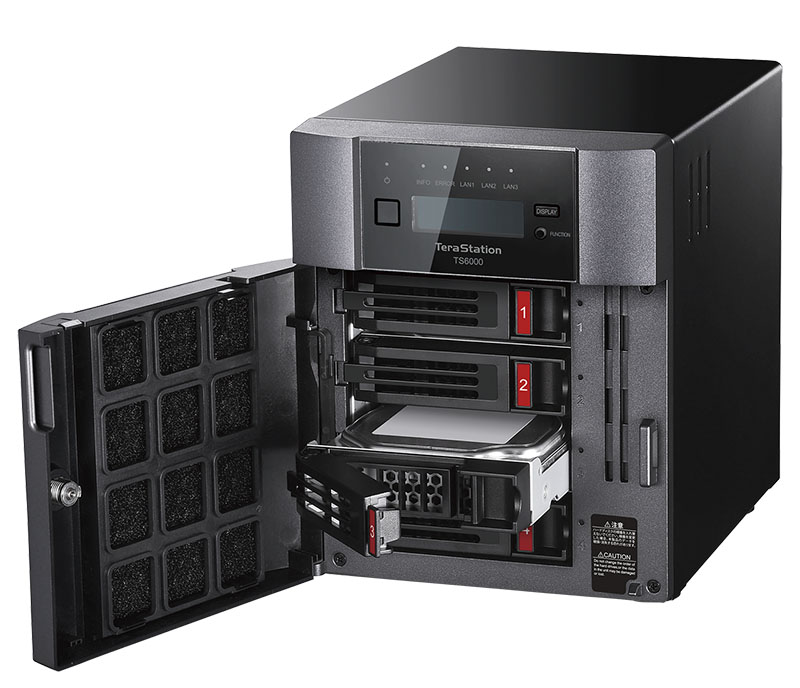 If an NVR with 8 cameras and a 4TB hard drive records one month of footage on motion detection, a NAS device with a total capacity of 32TB (4 x 8TB HDD) can store recordings for more than 8 months.

In a way, having a NAS implemented in your CCTV system, not just creates Redundant Recordings, but it can extend the storage capacity of the whole security system. Usually, the recorders are limited to the number of hard drives that can be installed. With a NAS, you can install as many hard drives as the manufacturer allows.

Settings up the NAS is relatively easy and, sometimes, it depends on the recorder’s settings. You can do the settings on the recorder and on the NAS, basically, they need to be linked via the IP addresses. Once done, you will have your footage saved in two locations (devices) at the same time.

Using Cloud Storage you can automatically upload your recordings to the cloud via the internet. Obviously, you need to pay a subscription fee but it may be worth it if you’re concerned about having a backup no matter what happens to the recorder.

The recorder will store the videos locally in its internal hard drives and then, via the internet, upload a compression version of the videos to the cloud. If the NVR is gone, you can playback the files on the cloud.

A few things to keep in mind, cloud storage needs a strong internet upload speed and if the connection is down, nothing will be recorded on the cloud. Additionally, if the footage is high-quality, the video will be compressed which may result in reduced picture quality.

We recommend storing on the cloud only the cameras that are deemed crucial for your security system such as the entrance point, cashier camera, safe rooms, etc. That way you can keep the price down.

RAID is a storage technology that is used to organize multiple hard drives into various arrangements to meet certain goals like redundancy, speed, and capacity.

All the hard drives are combined into a singular unit and by using advanced software they can create data redundancy and performance improvement.

Data (footage) is distributed across the hard drives in one of several ways, referred to as RAID levels, depending on the required level of redundancy and performance. The different schemes are named by the word “RAID” followed by a number, for example, RAID 0 or RAID 1.

Each scheme, or RAID level, provides a different balance among the key goals: reliability, availability, performance, and capacity. RAID levels greater than RAID 0 provide protection against unrecoverable sector read errors, as well as against failures of whole physical drives. 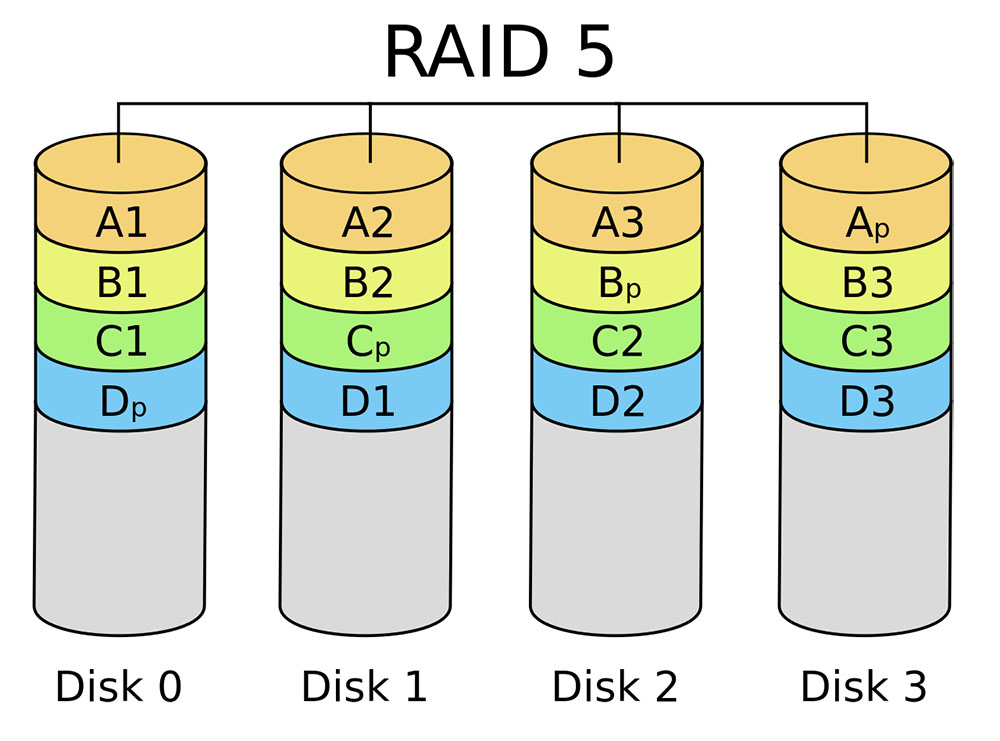 You should check your recorder and find out what kind of RAID they support. Many NVRs can do RAID 0, 1, 5, 6, 10 or even RAID 50 and 60. Set it up via the recorder’s interface, simply follow the on-screen steps.

If somehow one of the internal hard drives of the recorder goes bad or is dead, the footage is not affected since it’s saved via the RAID method. You’ll have redundant storage no matter if certain hard drives go randomly bad. Make sure to use surveillance rated hard drives.

Many recorders support an eSATA connection, meaning you can hook up external storage and increase the current storage capacity. In other words, you can add an external hard drive to the recorder.

Make sure your recorders support the eSATA feature. Take a look at the back of the recorder and, if supported, you should see a port labeled “eSATA”. Additionally, you can check the spec sheet or ask the seller/dealer.

File Transfer Protocol or “FTP” is a standard network protocol used for the transfer of computer files between a client and server on a computer network. FTP can be set up for certain channels or the whole recorder and will store events or complete footage to the FTP client.

To create redundancy storage or simply record twice simultaneously, you need some sort of FTP server. It can be a computer on the same network as the recorder but you may also use a server that is stored elsewhere (in this case the files are transmitted via the internet).

A remote server is great in case there’s a break-in (or a fire) and the recorder is stolen/destroyed. If that’s what happens, you still can access the files (footage, snapshots) on the FTP server. Depending on the manufacturer and software, the FTP server will backup only the footage at the hours where the settings are set. So, set the schedule properly.

Setting up on the FTP depends on the manufacturer and make. Usually, the steps are simple, you need to add the server information on the NVR’s settings such as the IP address, ports, path, username, password, etc. Once done, the footage will be backed up automatically from the NVR to the FTP server (and stored on its hard drives).

Some recorders support an interesting feature called “Hot Swap” which is the ability to remove a hard drive while the machine is running and install another one.

It’s a useful feature if you need to archive the footage long-term and create a library of backups. Simply remove the hard drive and install a new one. The machine won’t stop recording or be damaged. Then you can store the removed hard drive and use it in the future as a reference.

Additionally, you can replace a failed hard drive without turning off your recording. Usually, to install a hard drive you need to power off the recorder, open up the case and connect it to the internal cables. With Hot Swap, you can remove the hard drive from the front panel easily and while the whole system is running.

Check the recorder’s spec sheet and ensure that the Hot Swap function is supported. Or you can inspect the settings and see if there’s a Hot Swap option to enable.

Hot Spare in security systems offers the ability to set a redundant backup NVR on the network. Instead of one NVR, there will be a second (redundant) NVR on the network that will automatically take over the camera in seconds after the main NVR experiences problems.

This will give you zero downtime. Let’s say someone damages the main NVR, then the second NVR kicks in and takes over the recording process. So the video will be stored on the redundant NVR while the main one is facing technical issues.

Once the main impaired NVR is restored back to normality, the redundant NVR will transfer the footage back to the main one seamlessly. It’s a perfect set up that provides no downtime on the security system and takes over if the main unit is damaged. Moreover, one redundant NVR can backup multiple NVRs.

In this guide, we talked about a few ways how you can create a redundant recording for your security camera systems. The idea is to have the footage backed up in case the main recorder is experiencing issues such as technical or even stolen altogether.

Basically, the CCTV system will record twice simultaneously, the backup can be locally on the network or on another remote location. In the last case, the recordings are backed up via the internet.

Some options are cheaper such as the “Hot Spare” or the FTP method, others are more expensive such as cloud storage. It all depends on your budget and how much you value your recordings. If your footage must survive no matter what, then you should go for redundant storage.

No matter what method or security system you use, it’s important to go for hard drives that provide reliability and lifespan. It’s always recommended to use surveillance rated hard drives. If you need a whole CCTV system, take a look at our recommended Best Security Camera Systems.