The EXIR cameras are the latest technology for security cameras that is the most innovative in terms of levels of night-time surveillance that you can buy on the market today. The improved illuminators allow for any dark environment to increase visibility. Hikvision has recently introduced this EXIR infrared technology into their network security cameras. In comparison to ordinary security cameras, these new . If you are looking for information on such technology probably your questions is “What is an EXIR camera”?

Conventional cameras use LEDs which do not focus primarily on the lens patterns. This results in a picture which has brightness with illumination in the centre of the image (below). The new EXIR system by Hikvision allows for a much more evenly dispersed illumination which creates a rectangular pattern. 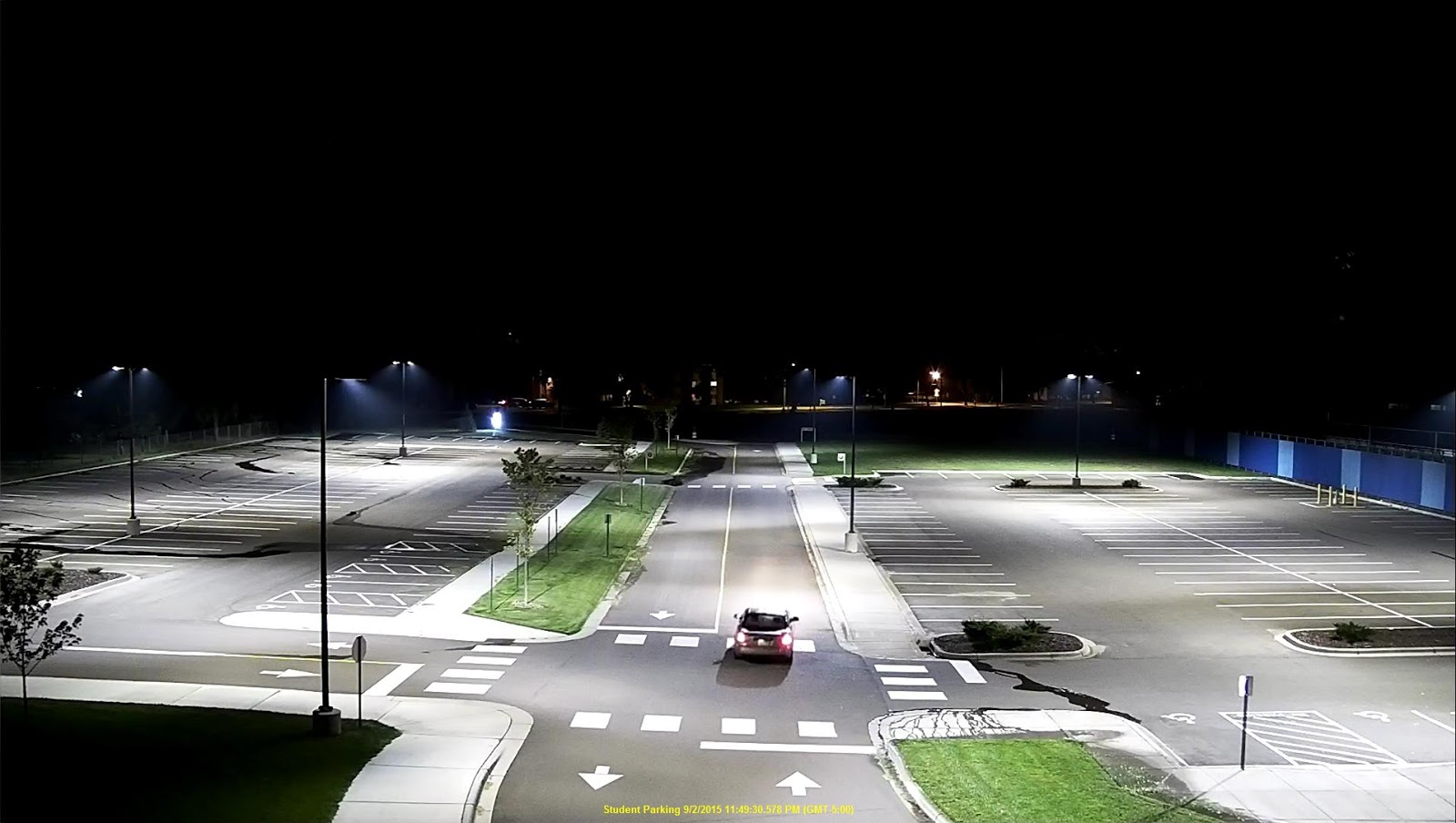 EXIR stands for EXtended InfraRed, a technology that improves the security camera visibility in dark environments. It reduces the centered brightness of the images and creates a rectangular pattern with even light distribution. The EXIR technology allows for a 30% increase in illumination efficiency, which is a much more efficient light source along with enhanced LED light strength. Another added benefit is EXIR offers 1050mV compared to 750mV in regular light extraction. This means stronger light and further range of visibility.

To help correct the above mentioned issues and generally improve EXIR night vision technology, Hikvision has launched a new version of their EXIR devices. This new technology utilizes EXIR 2.0. This advancement was much needed and it isn’t a surprise that one of the biggest names in the security camera industry, Hikvision. Their devices are relied upon around the world to deliver quality to customers in all industries.

One of the biggest changes made to EXIR 2.0 was the elimination of the need for an additional lens. Traditional EXIR technology only admitted at a limited angle and in order to ensure the proper illumination, a second lens was used. Now the EXIR 2.0 devices have a built in optical lens to achieve the needed lighting.

Another benefit of the new infrared technology is that it has less optical loss when covering an area. This comes by better utilization of the available IR light and adjusting the ability for the light to show. The built in lens that helps with the above benefit, also helps with the reduction of optical loss.

Many lights experience problems with overheating. EXIR lights were not exempt to that. There was a lot of overheating experienced due to the lights and the solder used on the circuitry. To help combat that, EXIR uses a eutectic gel in order to attach the circuits. This eutectic gel helps to reduce the heat buildup, speed up heat dissipation, and better resistance to heat.

The advantages of EXIR cameras

1. No IR Reflection or Bleeding. Having the IR LEDs housed independently from the camera lens completely eliminates the chance of internal IR reflection and IR bleeding which can be a problem with dome cameras in particular. A curved, reflective glass dome cover can inevitably reflect the IR back and blind the camera which we’ve covered before, and an EXIR camera doesn’t suffer from this, allowing Hikvision to install stronger EXIR LEDs with no risk.

2. Better IR Coverage. Traditionally, IR has been integrated in a circular array of many LEDs around the lens. This brought with it the common problem of a circular overexposed area in the centre of the image, with the corners being underexposed due to an uneven IR coverage. The rectangular EXIR LEDs provide a much more even coverage across the entire image, eliminating this issue.

3. Fewer Issues with Spiders / Insects. Spiders and other insects are typically attracted to the warmer IR LEDs which in a non-EXIR camera would often lead to them sitting in front of the camera lens. This is less of an issue with EXIR cameras, and on the DS-2CD2342WD-I there is also fewer places for spiders to anchor to (flat-faced).

Security cameras resellers use the term EXIR cameras to let consumers know that they are selling a product with this new Hikvision Infrared technology. Make sure you are purchasing the correct camera for your application before getting excited about the infrared illumination since other factors need to be considered.

How to setup ActiveX for Dahua DVR, NVR or IP camera

How to setup EZCloud P2P on Uniview NVR

How to setup audio on Uniview NVR

How to create a more secure security system

Frame rate per second on CCTV

How to tell if a security camera is Fake or Real

Do security cameras work through glass or behind a glass window

How to reset an IP Camera: Instructions for 30 different manufacturers