What is an XVR (CCTV recorder)

Most likely you’re familiar with DVRs and NVRs, but what is an XVR? Let’s say that an XVR recorder falls somewhere in between a DVR and NVR. It combines features from both these types of CCTV recorders.

Meanwhile, the XVR is a device able to process and record both HD over coax and IP security cameras. In other words, an XVR recorder is a hybrid between a DVR and an NVR.

Obviously, the NVR is still the best choice for most installations or projects that use all IP cameras but XVRs can be handy if you need to upgrade existing security cameras and add more HD analog or IP cameras.

Moreover, most of XVRs can support all common CCTV video formats such as the classic analog cameras (CVBS, the ones that use TV lines), TVI, CVI, AHD, and IP cameras up to various resolutions such as 2MP or 4MP (depending on the XVR model and specs). This makes the XRV compatible with the vast majority of security cameras regardless of manufacturer. 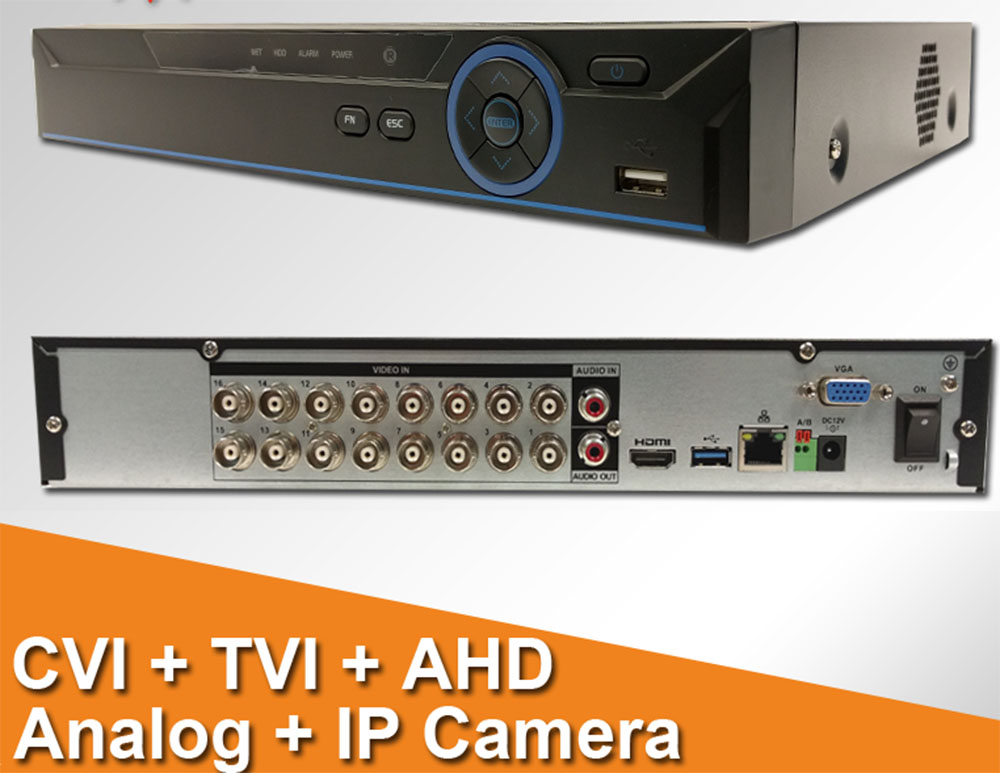 What is the difference between an XVR and a DVR?

However, some models of regular DVRs support all the video formats excluding IP cameras. Technically these types of recorders are called hybrid, tribrid. Since the XVR supports IP cameras as well, it is called pentabrid (penta stands for 5 which means five types of video formats).

Regarding the prices, the DVRs and the XVRs are almost the same prices which are relatively cheap and depend on the number of channels. We definitely recommend going with XVRs since it offers you more flexibility. If you want to add an IP camera, you simply buy one, install it and add it to the XVR via the network.
pic

Why should you get an XVR recorder?

If you are a CCTV installer and your client is using old analog cameras or even HD cameras, deploying an XVR will provide more options without the need to replace the existing devices.

Let’s say the system on the job site consists of an 8 channel DVR and 8 HD 1080p cameras and we assume you need to add a special high-resolution IP camera. If you have a DVR, you can’t do that or you need to replace the recorder which adds cost. If you use an XVR, you can add the IP camera easily via the network and it will be supported by the recorder.

Additionally, your customers may be scared off if you propose to them to change the recorder and the cameras, it will be too costly for them. Simply quote an XVR recorder, you can use the existing cameras and add any other special cameras such as narrow IP cameras or even high-resolution HD over coax cameras.

Using an XVR will prevent you from being limited on the security camera options in the future. Whether you’re the end-user or installing it for a client, you can have a piece of mind knowing that the CCTV system will be easily scalable for future expansions.

Moreover, if you’re an installer, you can earn the client’s trust by proposing an XVR since it supports all the HD over coax cameras including the IP cameras. Let’s be honest, saying IP cameras sounds better to a layman than proposing coaxial cameras.

Reduces the cost of a CCTV installation

With an XVR you can offer more at an affordable price. That’s because you can combine existing cameras, add more HD over coax cameras which are still cheap, and add any necessary IP cameras.

A CCTV system gets relatively expensive if you use an NVR and all IP cameras and that may scare away your customers. Overall, an XVR security camera system is cheaper compared to an NVR and almost the same price as a DVR system (plus the flexibility).

In this article, we talked about the XVR and explained what this device is. In a few words, it’s a hybrid between a DVR and an NVR which offers higher flexibility in installation and it’s cheaper in price. If you want to go for an XVR system, take a look at these XVR suggestions on Amazon. We recommend going for an established brand that offers US-based support.