Why You Should Not Buy Dummy Cameras

The deterrence factor of security cameras is well known especially in high rate crime zones where a visible camera can make the difference. It has been reported that the houses or businesses that feature security cameras are less likely to get hit by burglars than the ones that have no cameras.

Home and business owners know that even the smallest crime can cause great losses, apart from the feeling of being violated in your own sanctuary. It is, therefore, better to be fully or partially equipped with security countermeasures to ensure the safety of your property. Not just that, but if an incident occurs you should be able to identify, nap, and bring the perpetrator down.

Security cameras are among the most effective ways to keep criminals at bay and prevent your business or home from getting burglarized. Nowadays there are a variety of security cameras that can be easily installed and you can even find low-cost systems.

However, a lot of people choose to install dummy or fake cameras with the hope that wanna-be burglars or intruders will be scared off and possibly target another property. While it is true that dummy cameras are somehow a deterrence factor, there are solid reasons why you shouldn’t go for dummy cameras.

In this article, we will talk about dummy or fake cameras and why nowadays their effectiveness as a deterrence tool has dropped drastically. 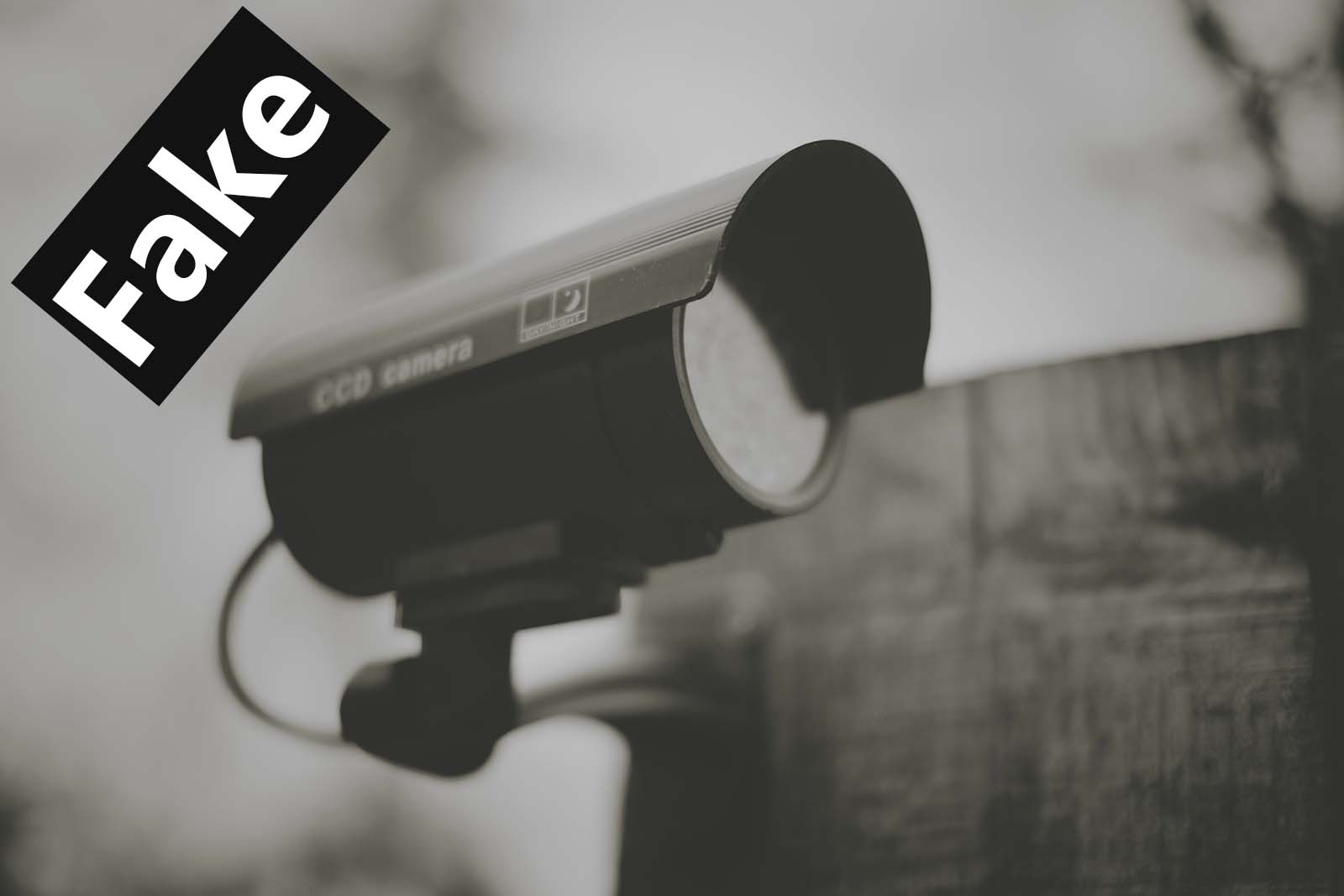 What Is a Dummy Camera

Dummy security cameras look like real cameras but in fact, are fake. Technically they’re just toys without any function and come in a variety of shapes, sizes, and colors. Many people buy these cameras and install them on their property to make it look like they have a security camera system that is recording what’s going on.

Sometimes these dummy cameras come with “advanced” features such as red light in front, the same as most real cameras. The red light is supposed to convince people that the camera is powered since you can see the light. Obviously, the light is a gimmick just to make the fake camera appear real.

Experienced criminals can’t be fooled by a red light and they’ll be able to easily tell that the camera is fake. While some of them may be deterred, most of them will find it easier to hit a house that for sure has dummy cameras.

However, for many people, these fake cameras can pass for real cameras since most of them have a plastic lens, cables coming out from the back, metal bodies, and some fake IR lights.

Moreover, the dummy cameras are extremely cheap and quite diverse in their shapes and colors. Just buy a bunch of them, screw them on the wall or the ceiling and pretend that you have a security system. If you want to know more ways how people can tell if a camera is fake check this detailed guide.

Why You Should not Buy a Dummy Camera

The dummy cameras are super cheap and can be installed in a few minutes, but there are reasons why they’re not such a great solution.

It Is Easily Identifiable as Fake

A skilled or even a rookie burglar that has some experience can easily identify a dummy camera as a fake one. There are a lot of clues such as the cheap quality, the wires not going anywhere, the angle, missing the blinking lights, etc. At a close inspection, anyone can tell that most likely the camera is a dummy.

Moreover, if the burglar identifies correctly that the cameras are indeed fake, they may take an action against your property since they know now for sure that there are no cameras.

It’s better to go for a real security camera system that will provide not just deterrence but real footage and surveillance that will prevent any vandalization of your house or business.

Dummy cameras create a false sense of security, you think that your property is safer or protected, while actually, it isn’t. Imagine if someone ignores your fake cameras and steals or damages your property; would you feel disappointed? Moreover, dummy cameras may attract burglars, because they know that the property has no real security. 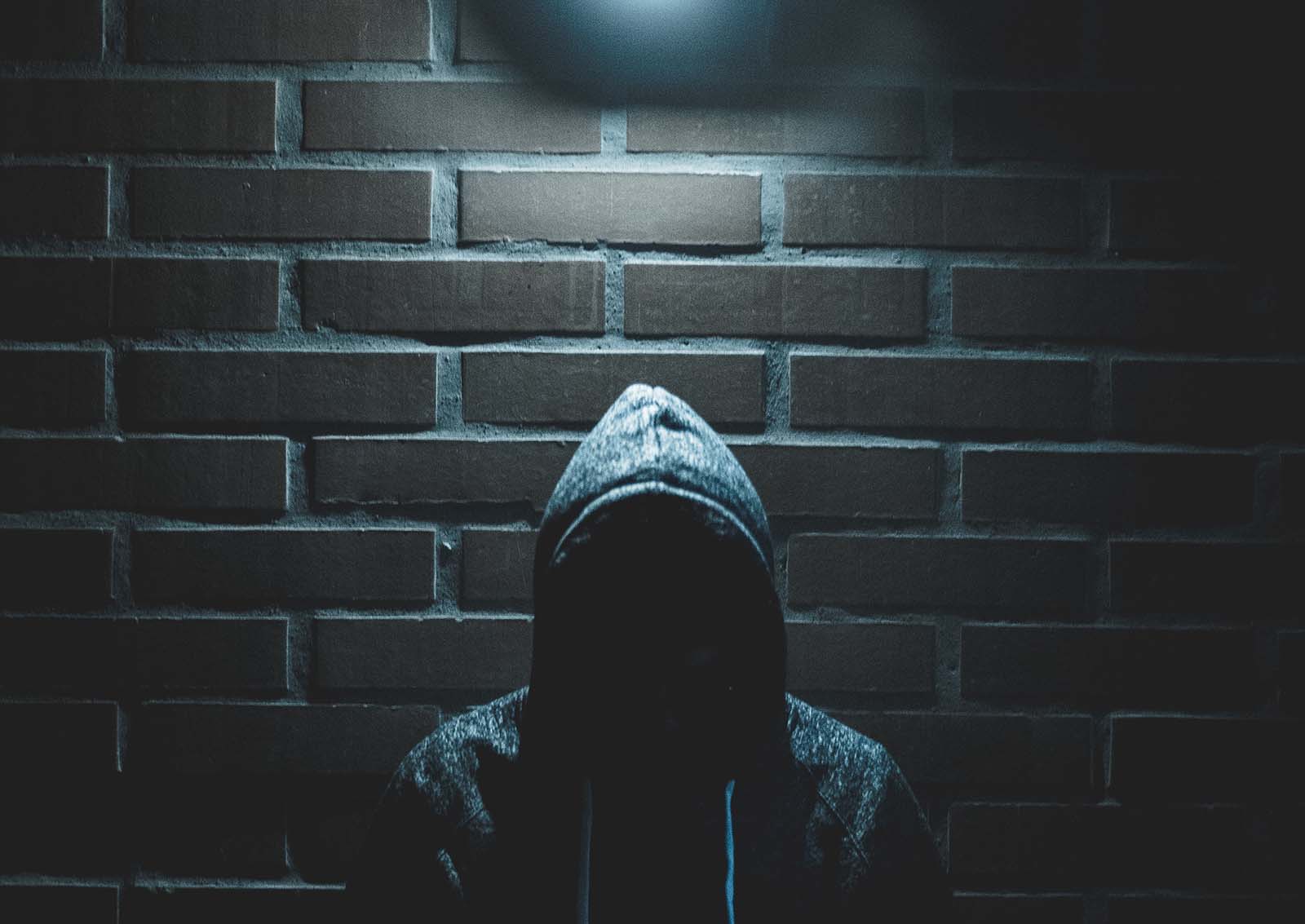 The maximum that a dummy camera can do is scare off the criminals. Should the burglar identify the camera to be fake (obviously, non-functional) and commit a crime, you don’t have any evidence of the activity since the cameras are just decor.

There will be no face to identify, no concrete evidence that can help the police catch the perpetrators. What’s the point of having these cheap dummy cameras that serve no real purpose?

Additionally, the potential criminals are able to identify the cameras as a dummy, and they may not hesitate to burglarize your property because they know that you have no real surveillance system. Instead of guessing if there’s a camera system on a random house, they’ll strike a house that has for sure fake cameras.

There have been occasions of home and business owners being sued for using fake security cameras. The “victims” argue that they were misled by the cameras and assume that the area is safe and under surveillance. Then something happened and they found out the cameras were dummy.

So, in this case, nothing would have happened if the owners had not installed any fake cameras, but they did and many people are ready to sue when they see an opportunity. After all, these cases don’t end up in the courts, instead, a financial deal is reached and the property owner has to pay something.

Let’s illustrate this situation with one real case. An employee knowingly parks his car within the company premises in full view of the security camera. They assume that the car and the valuables are gonna be safe since all the activity will be recorded by the cameras.

Then the car was broken, stuff was stolen from it and the employee asked to see the camera recordings. Imagine his face when they told him that the cameras are fake, dummy, that don’t record anything. It’s an open invitation for a lawsuit. That’s why business owners have to think well before deploying dummy cameras.

Home and business owners need to understand the implications of installing a fake camera instead of a real one that records footage. They may save money since the dummy cameras are super cheap, but they may open themselves to possible lawsuits. It’s always better to invest in a real security camera system (such as these) where everything will be recorded. After all, video evidence can be used by the police and in court.

How To Find Your Stolen Car (Step by Step Guide)

Do they have security cameras in movie theaters?

7 Affordable Ways to Protect Your Home

CCTV Laws in all 50 States